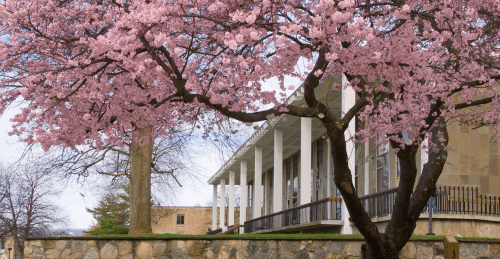 All members of the campus community share a responsibility for maintaining and enhancing an environment guided by mutual respect, high standards of integrity, and reason. To that end the College has established this Student Conduct Code, which outlines standards of behavior that promote the safety and welfare of the Rhode Island College community. Rhode Island College expects that all students will abide by the policies of the College as well as state, local, and federal laws. Criminal activity occurring on campus will normally be reported to the appropriate law enforcement agency.

The Student Conduct Code applies to all undergraduate, graduate, full-time and part-time students at Rhode Island College registered for class and all currently recognized student organizations. The Code also applies to persons who withdraw from the College after allegedly violating the Student Conduct Code, who are not officially enrolled for a particular term but are eligible to return and have not attended another post-secondary institution while not registered for classes at Rhode Island College, or who have been notified of their acceptance for admission and paid an enrollment deposit but may not have taken a class at the College yet. In such cases, a student may be prevented from re-enrolling or may be readmitted with certain restrictions until the case is resolved. Student behavior occurring off campus that is in violation of the Code or local, state, or federal laws that may adversely affect the College or its relationship with the surrounding community may subject students and/or student organizations to college discipline.

Students may be subject to discipline if found to have committed, to have attempted to commit, or to have threatened to commit, or aided and abetted another person to commit the following:

Any member of the College community may file a report with the Dean of Students Office or Campus Police accusing a student of violating the Student Conduct Code. The complaint shall normally be in writing and filed promptly following the complainant's learning of the alleged misconduct. Where an allegation concerns both academic and non-academic misconduct the adjudication shall be assigned to either the Student Conduct Board or the Academic Integrity Board at the discretion of the Vice President for Academic Affairs and Dean of Students.

The Dean of Students or designee shall conduct an investigation to determine:

The Dean of Students (or designee) with the concurrence of the Vice President for Student Success (or designee) or the President may immediately suspend a student in advance of a Student Conduct Board Hearing whenever she or he determines that allegations in the complaint, if proven, constitute a violation of the Student Conduct Code and there is a compelling need to remove the student from some or all parts of the campus and/or during certain times in order to safeguard the safety of members of the campus community, including the safety of the individual student, or to avoid disruption of the normal operations of the College. The Dean of Students (or designee) may establish any reasonable conditions in lieu of not imposing an interim suspension or for lifting the interim suspension.

Absent extraordinary circumstances, the appropriate hearing officer (e.g. Dean of Students, Chair of the Student Conduct Board) shall operate in accordance with the following:

An individual found responsible for violating the Student Conduct Code is subject to one or more of the following sanctions.

A student organization found responsible for violating the Student Conduct Code is subject to one or more of the following sanctions:

An individual or organization found to have violated the Student Conduct Code or an individual complainant, in cases involving a crime of violence, may appeal by submitting written notification (including email notification) to the Vice President for Student Success within five (5) days of receiving the decision of a hearing body (e.g. Residential Life and Housing Officer, Dean of Students, Student Conduct Board). The notice of appeal shall specify the grounds upon which the appeal is made. An appeal will be considered only where it is alleged that:

When a student appeals the decision of the Student Conduct Board, the Office of the Vice President for Student Success will bring together an appeals board comprised of three members, including at least one but not more than one students, who have had at least one year prior service and who are currently not serving as a member or an alternate on the Student Conduct Board. The Appeals Board will hear the Student Conduct Board recording of the hearing, evaluate a respondent’s or complainant’s appeal, and render a decision. The appeal must be on a written submission from either the respondent or the complainant that sets forth the claimed errors. The appeal must be heard and the student informed of the Appeals Board decision within two weeks of the submission of the written appeal to the Vice President for Student Success.

Appeals of non-Student Conduct Board decisions will be decided by the Vice-President for Student Success who may:

In such cases, the Vice-President for Student Success shall promptly advise the appellant of the outcome of any appeal involving a violation of the Student Conduct Code. In cases involving crimes of violence, both complainant and accused will be notified of the outcome of any appeal, and decisions regarding appeals shall normally be rendered within thirty (30) days from the date the appeal was received, absent extraordinary circumstances. The decision of the Vice President for Student Success is final, with the option by the President to grant clemency.

Rhode Island College prioritizes the health and safety of the campus community. The College recognizes that in situations where students or their guests on campus face potentially dangerous medical emergencies due to alcohol consumption or drug use, fear of sanctions under the Alcohol and Drug Policies outlined in the Student Conduct Code may deter them from seeking necessary, life-saving medical attention. The Medical Amnesty policy seeks to encourage students to immediately seek assistance for themselves or others when dangerously intoxicated or impaired by shielding them from sanctions for violating the Alcohol and Drug Policies under the following conditions:

Seeking Assistance for Themselves

Seeking Assistance for Others

Driving While Impaired
In Rhode Island, persons at least eighteen (18) years old but less than twenty-one (21) years of age driving with a blood alcohol concentration greater than .02 but less than .10 are considered to be driving while impaired. The sanctions for driving while impaired include a fine of up to $250, up to 30 hours of community restitution, suspension of driver’s license for a minimum of one month up to three months and attendance at a DUI/DWI class or an alcohol treatment program.

In Rhode Island, driving while having a blood alcohol concentration of .08% and above is a crime. Some of the Rhode Island penalties for driving while under the influence of alcohol or other intoxicating drugs include fines starting at $100, community service, license suspension, and/or imprisonment.

False Identification
Section 3-8-6(d) of the Rhode Island statute states that it is unlawful for a minor (under the age of 21) to purchase, or attempt to purchase, or to make a false statement or misrepresent their age through the presentation of a false document in connection with the attempted purchase of alcohol. The sanction is a minimum fine of $100-$500 and the possibility of up to 30 hours of community service and suspension of their driver’s license for up to three months for a first offense.

Transportation of Alcohol
Section 3-8-9 of Rhode Island statute states that any person who has not reached their twenty- first (21st) birthday and who operates a motor vehicle upon the public highways, except when accompanied by a parent, legal guardian, or another adult who is over the age of twenty-one (21) years and related, whether by blood, adoption or marriage, to the operator within the following degree of sanguinity: brother, sister, grandfather, grandmother, father-in-law, mother-in-law, brother-in-law, sister-in-law, stepfather, stepmother, stepbrother, stepsister, half-brother, half- sister, uncle, aunt, great uncle or great aunt and, knowingly having liquor or intoxicating beverages in any form in containers, opened or unopened, in any part of the vehicle shall be guilty of a criminal violation. In addition, violators may be progressively sanctioned the following: fines of $250 - $950 and suspension of license to operate a motor vehicle thirty (30) days to one year (12 months).

Illegal Drugs
Rhode Island statutes cover a wide range of drug offenses, including the use, possession, sale, distribution, transportation and manufacture of various types of drugs (see 21-28-4 Rhode Island General Laws). Among other provisions the State law creates the following mandatory minimum prison sentences for first-time offenders who are not “drug dependent” persons. Actual sentences depend on the severity and the circumstances of the offense, and the character and background of the offender, and include:

Rhode Island College complies with the Drug-Free Schools and Communities (Campuses) Act of 1989 and the Federal Anti-Drug Abuse Act of 1988.

The penalties for those found with marijuana by the law enforcement include the following:

Rhode Island College is an academic community, dedicated to the advancement of learning. As such, it has a special purpose and only those activities, which are reasonably related to the achievement of that purpose are proper. The members of this community freely associate themselves with it, and in doing so, affirm their commitment to a philosophy of mutual tolerance and respect.

The Council of Rhode Island College created the Student Conduct Board, composed of students, faculty and administration. It has authority to establish, publish and implement procedures for adjudicating alleged misconduct by students. It is further authorized to hear and adjudicate charges against individual students and student organizations. It has original jurisdiction for all cases but is permitted to delegate responsibility to other persons and bodies. In fact, most cases will be heard by others under the delegation and the Board will serve as the final campus appeal Board, subject only to the legal authority of the president. Details regarding the composition and authority can be found in Article IX of the Charter of the Council of Rhode Island College in the College Handbook.

The Family Educational Rights and Privacy Act (FERPA) is a federal regulation that protects the privacy of student education records. Once a student reaches age 18 OR attends a school beyond high school (which means all students at RIC), the parent no longer has right of access to education records unless the student has signed a waiver. New students are offered the waiver option at orientation, and waiver forms are available in Academic Support and Resources. ​​