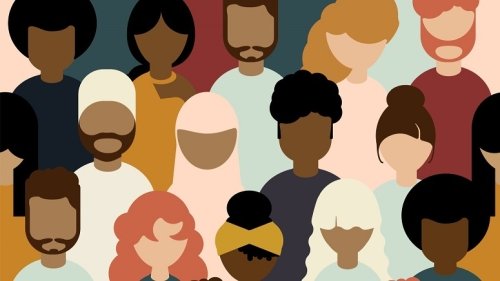 Search committees play a pivotal role in ensuring fair and equitable screening and recruitment processes for candidates who apply to work at Rhode Island College. Please use these tools to prepare for your role as a member on a search committee prior to reviewing applications or interviewing prospective candidates.

During the COVID-19 pandemic, employees with either permanent or temporary health conditions and/or disabilities may find that they are in need of a work related accommodation. Therefore, we want to remind employees of their right to request an accommodation, as well as the procedure for self-identifying and how to make the request for an accommodation. Maggie Sullivan, the Director of Human Resources, also serves as the ADA Coordinator for employees and is available at msullivan@ric.edu or 401-456-8442 to answer any questions related to this process.

The Rehabilitation Act and Americans with Disability Act: Section 504 of the Rehabilitation Act of 1973 protects qualified individuals from discrimination based on their disability. The Americans with Disabilities Act of 1990 prohibits discrimination on the basis of disability, and protects qualified applicants and employees with disabilities from discrimination in hiring, promotion, discharge, pay, job training, fringe benefits, and other aspects of employment. The law also requires that covered entities provide qualified applicants and employees with disabilities with reasonable accommodations, as long as it does not impose undue hardship for the college.

Definition of a Disability: A person is disabled if he or she has a physical or mental disability that substantially limits one or more major life activities, has a record of such impairment, or is regarded as having such impairment under Section 504 of the Rehabilitation Act of 1973 and the American with Disabilities Act of 1990. In September 2008, the ADA was amended to expand the definition of “disability” in favor of broader coverage of individuals to the maximum extent permitted by the terms of the ADA and generally shall not require extensive analysis. For additional information, refer to the What You Should Know About COVID-19 and the ADA, the Rehabilitation Act, and Other EEO Laws.

Employees who have a disability and wish to self-identify must complete the required form. The following Self-Identification Form may be accessed here. This form is used by the employee to notify RIC that they have a disability. The data is reported to the State of Rhode Island only for data collection and analysis purposes. It will not initiate a request for reasonable accommodation. Employees who file this form will receive a confirmation that the form was received by Rhode Island Office of Diversity, Equity and Opportunity. They will also receive information regarding the employees’ rights.

Employees who wish to request reasonable accommodations must download and complete the following forms:

For information regarding Section 504 of the Rehabilitation Act of 1973 and/or the Americans with Disabilities Act of 1990, as amended, visit the Department of Labor website.