From award winning actors to restaurateurs, mental health advocates, and spoken word artists, each episode of BLACK JOY will bring a unique perspective into how Rhode Island’s Black community draws upon joy as a source of strength. Through food, the arts, and mental health, we will explore the rich history and legacy of joy and how it is not only a place of refuge but also a necessity. 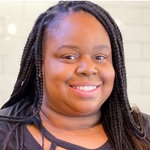 Julia Broome - Kin Southern Table and Bar was born out of owner Julia Broome’s decade of experience in the hospitality industry, and a desire to create a space celebrating Black culture, where everyone is respected and welcome. After COVID hit and she was laid off from her job at a global events company, Broome got busy drafting her business plan and searching for the perfect location. As a Black woman, Broome also said she wanted to create a space where she’s likely to see people who look like her. She’s excited that the downtown location is centrally located, so people from all parts of New England can access the restaurant and the majestic feeling of the neighborhood.

Akeem Lloyd -  Akeem was born in Brooklyn, New York; he grew up and was raised in Atlantic City, NJ. His grandparents instilled in him the importance of service, his teachers and mentors helped him understand his role in it. He received his B.A in African American Studies from Rutgers University-Camden Campus. He continued his education at Temple University where he earned his Master's in Urban Education, focusing on Youth Development. 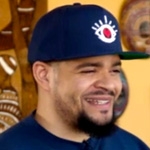 Rudy Cabrera - Rudy Cabrera aka Rudacious is an Actor/Poet/Storyteller from Providence, RI. Rudy started Acting at 17 and has done an array of stage productions from various Shakespeare shows to more modern contemporary theater productions, even doing bilingual Spanish speaking roles and recently played Dimitrius in the Boston Based web series “The Pineapple Diaries.” As a poet Rudy has performed nationally in poetry slams representing the Lizard Lounge team in Cambridge, MA and in 2013 his team made the top 8 in the country. Also Rudy has graced the stages of countless schools, fundraisers, conferences and even random hole in the wall dive bars. “I’m just a lover of language. I seek both the witty ness of language to entertain & then the purpose of language to create the emotion or message I want the audience to have! It’s really about connecting words with people for me!”

Bria Medina - Brianna Medina, a graduate from New York University's Tisch School of the Arts (BFA 2016), has twelve years of experience in the film and tv industry. She started writing plays at the age of 10 and has taken her talents to write and produce plays, films, tv specs, short form commercials and independent projects. From New York she's worked with modeling agencies and music agencies like Columbia Records, grounding roots in every aspect of the media agency. She cast her net bigger by gaining valuable knowledge from some of the biggest industries in New England; from Boston Casting Inc. as a casting associate to Hasbro's internal studio agency, Cake Mix Studios as an Associate Producer to Rhode Island PBS where she is currently an associate producer.

Register for this Event