4 Students Take History from the Class to a Podcast 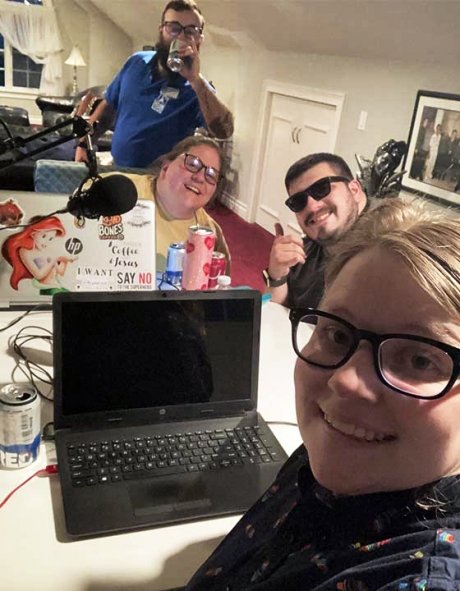 “I came up with the idea out of boredom," says DiScuillo. “There was always this joke among the four of us that one day we’d start a podcast. Last summer I sent everybody a text saying it’s now or never. Let’s do it.”

And so this merry band of historians, who for years had enjoyed bouncing ideas off each other and having conversations about what they learned in class, began letting the public in on their conversations. The goal, DiScuillo says, is simply to have fun; however, there’s also an educational purpose to it.

“History is one of those fields where a lot of information gets misinterpreted or misrepresented,” DiScuillo says. “So, our podcast really has two goals: to present the most accurate content to our listeners and to have fun.”

During their hour-long shows, the co-hosts cover a specific topic introduced by one member of the group. Topics range from the dark and largely unknown history that surrounds the Jamestown Colony, to the first Earth Day, to spooky New England folklore and history. What keeps the show interesting is the varied perspectives each of them brings to a topic due to their varied interests.

McDonough’s interest is in colonial American history; Larivee’s in Maori history and U.S. history circa 1950s; DiScuillo’s interest is in 19th- and early 20th-century history; and Tibbitts’ in U.S. environmental history. To underscore their varied interests, Operations History’s logo bears the image of Abe Lincoln in a Viking helmet. 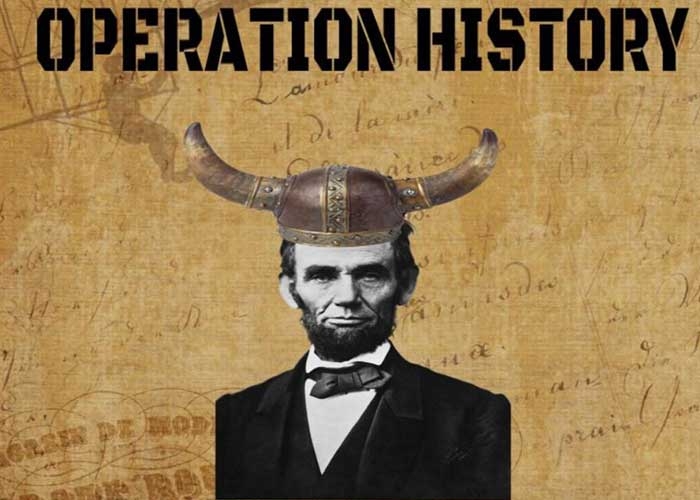 The podcasters also have a Twitter account. McDonough is the designated Twitterstorian, posting a mix of “Come and join us on our next Operation History episode” along with retweets of random historical facts like:

There’s something for everyone, Larivee says. “Basically, we’re telling people, ‘You don’t have to have a master’s degree in history to enjoy this stuff.”

At the same time, the co-hosts really do know their stuff. Larivee, DiScuillo and Tibbitts are currently earning graduate degrees in history at Rhode Island College, while McDonough already earned hers; she graduated from RIC with an M.A. in history in 2021.

Aside from podcasting and graduate studies, DiScuillo is a graduate assistant in the Department of History; McDonough is a tour guide and corn miller at Plimoth Patuxet, a living history museum; and Tibbitts is a part-time instructor at Roger Williams Park Zoo, using his minor in geography and environmental studies to teach elementary education students about animal adaptations, ecosystems, endangered species and the effect of climate change on animals.

Tibbitts, who majored in secondary education, with a concentration in history, says, “I’m real flexible as far as how I use my degree. If there’s one thing I’ve learned from being at Rhode Island College, it’s that you need to adapt to whatever situation comes your way.”

It appears that all four of them live by that motto. They’ve adapted their history degrees to quite an engaging new venture.

Check out their podcast on Spotify at: https://open.spotify.com/show/3o7sTMRUjleOJBGSGwBlRg or on their website at: https://operationhistorypodcast.wordpress.com