“Black women have for centuries risen against the challenges of systemic racism and gender oppression. They are ‘women who dared,’” says Vice President Kimberly Dumpson.

Alumnus David Pollak ’87 has gifted Rhode Island College with $10,000 to establish the Bold Heritage Fund to support research and programming around the accomplishments of Black women in Rhode Island.

“My goal with the fund is to celebrate the contributions of Rhode Islanders who had a more difficult time than almost any other folks – Black women,” Pollak says. “We still live in a chauvinistic, patriarchal society that views Black women as inferior. Understanding how Black women helped shape Rhode Island is a way of demonstrating that even those with the most headwinds in their lives make a difference. We should explore, highlight and celebrate that.”

Funding will go to support programs or activities that are planned independently by, or collaboratively with, Rhode Island College’s Africana Studies and Gender and Women’s Studies programs and/or the Rhode Island College Black Heritage Society Archives to highlight the accomplishments of Black women born in (or who spent their career in) Rhode Island, particularly first-generation college graduates and/or those who have faced and overcome substantial socioeconomic obstacles to achieve success.

This fund may also be used to support the research, collection, digitization and preservation of (and programming associated with) the historical artifacts, documents, papers and other ephemera within the Black Heritage Society Archives at Rhode Island College, with preference given to those materials related to the accomplishments of Rhode Island’s Black women in the development and success of the state, nation and/or the world.

“I am so inspired and encouraged by this important work to educate and uplift,” says Kimberly Dumpson, RIC vice president of College Advancement and External Relations and executive director of the RIC Foundation. “Black women have for centuries risen against the challenges of systemic racism and gender oppression. They are, as Shirley Chisholm said in a 1972 speech, ‘women who dared.’ They’ve dared to challenge the traditional roles and stereotypes mapped out for them by society. They’ve moved beyond economic, educational, gender and social barriers. They’ve gone on to become entrepreneurs, activists, educators, authors and so much more because they realized if it’s going to get done, they must do it for themselves. Now, their stories will be shared with the world. I am thrilled,” she says.

Department Chair and Associate Professor of History Elisa Miller says she is equally thrilled. “This fund will help bring awareness to the diverse history of Rhode Island,” she says. “In particular, it will help Rhode Islanders, members of the RIC community and all Americans better understand the specific experiences, ideas and contributions of Black women in Rhode Island, who have too often been overlooked in state and national histories.”

In photo above (back row, middle), Mary Dickerson is noted for simultaneously fighting for civil rights and women’s suffrage. She is founder of the Women’s Newport League, a founding member of the National Association of Colored Women’s Clubs and she established the first federation of African American Women’s Clubs in Rhode Island.

Pollak wants more stories like Dickerson’s told and he hopes that his donation will be a springboard for additional donations. To that end, the Cisco technology company has committed an additional $2,500 toward the Bold Heritage Fund.

RIC President Frank Sánchez expressed his gratitude. “I am incredibly moved by the mission behind this fund,” he said, “which reflects our mission as a college – to promote diversity, equity and inclusion throughout the campus community, increase awareness and understanding of diverse communities and foster dialogue within and among people of diverse backgrounds. The Bold Heritage Fund ensures that our mission is promoted and preserved.” 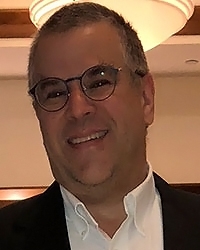 David Pollak grew up in Providence, attended Classical High School and graduated from Rhode Island College in 1987 with degrees in psychology and economics. He now lives in San Francisco, California, summers in Rhode Island and works in the field of cybersecurity.