When COVID shut down his indoor gym, Shane Crellin took it outside and then made it mobile.

For many fitness aficionados, a day without a workout is like a day without sunshine. Shane Crellin has been a fitness lover and athlete his whole life. He played soccer and competitive ballroom dance in high school, and continued competitive ballroom dance at Rhode Island College, where he earned his B.A. in community health and wellness, with a concentration in movement.

After graduating in 2017, Crellin immediately took the ACE Exam to become a certified personal trainer. Known for being one of the most difficult personal training certifications to pass, it's recommended that you study 20 weeks before the exam. “But I had excellent teachers at Rhode Island College, like Dr. Pepin and Dr. Cummings,” Crellin says. “I found that all the questions on the exam were things I had already learned at RIC.”

Fully certified in 2017, Crellin began working with clients at SISU Fitness Lifestyle in Plymouth, Massachusetts, and later at USA Fitness of Carver in Carver, Massachusetts, his hometown. He offered individual coaching and group training sessions.

In 2020, when COVID closed gyms across the country, Crellin took group sessions outdoors to the waterfront in downtown Plymouth, Massachusetts. A coastal town south of Boston, Plymouth is known for its historic New England architecture, quaint shops and expansive ocean views. It’s an ideal spot to breathe in the salty air as you exercise. 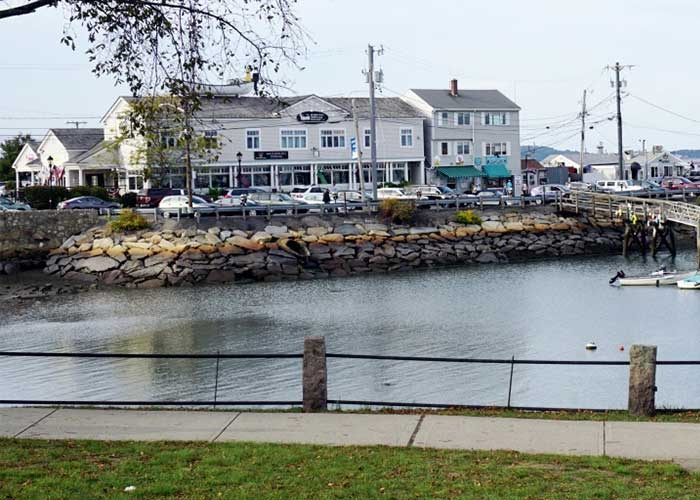 Despite the scenic view, Crellin had only three or four clients in his group sessions at first. Yet less than two years later he was able to increase his clientele to 40 or 50 – from student athletes to the 55-and-older age group. Group sessions are generally made up of the 55+ group and cap at 10 people per session.

The problem was he didn’t have enough equipment for all 10 participants in the group sessions. So, he had them use their body weight as weights while training on benches, stairs and hills.

Still, Crellin wasn’t satisfied. He wanted to give his clients the same workout they would have received in the gym. That’s when he decided to invest in equipment and a trailer. Thus, Crellin Mobile Fitness was born. 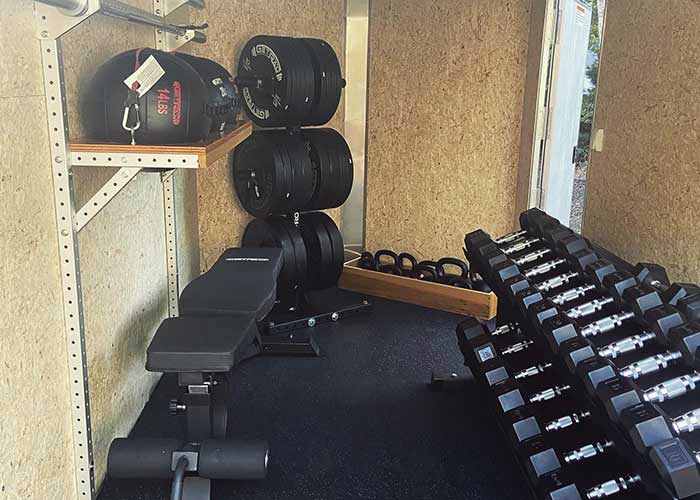 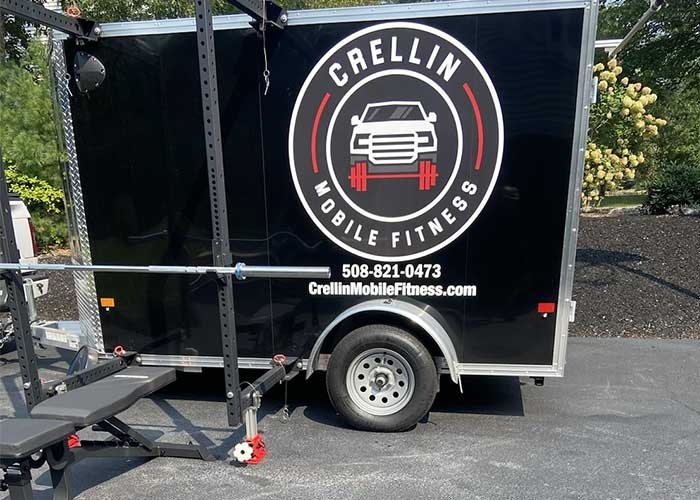 “Now I’m able to provide personal training sessions at the homes of my clients,” he says. “People like the convenience of me coming to them, and I can provide group sessions with enough equipment for everyone. I’m incredibly grateful for all of my clients and for all the support I’ve had in creating Crellin Mobile Fitness.”

That sleek black trailer holds barbells, bumper plates, dumbbells, kettlebells, a TRX, a pull up bar and battle ropes – enough for 10 people. “Through cold, sleet, ice or snow, my 55-and-older age group, who include my parents, are still willing to train outdoors,” he says. “They’re hardcore, and they’re my most consistent clients.”

Mobile fitness is a fairly new concept in New England, he adds. It's more popular on the West coast. But because of his innovative spirit, Crellin is now one of the forerunners in this region.

“I attribute a lot of what I do to what I learned at Rhode Island College,” he says. “At RIC, I did a 400-hour internship with Dr. Pepin’s husband, Dr. Michael Pepin, who works for the Chiropractic Sports Performance Institute in Attleboro, Massachusetts. He’s not only a chiropractic sports physician but a strength and conditioning coach. I benefited immensely from his wealth of knowledge. He taught me a lot of training methods for athletes, which I use today.”

Looking back on a year of COVID, Crellin is proud of what he’s been able to accomplish and the businessman he has become. “If anything, the greatest lesson this year has taught me is that the amount of work you put into something, will be rewarded,” he says. Post-COVID, Crellin intends to continue his mobile business, serving South Shore Massachusetts. Check out his website at: https://www.crellinmobilefitness.com/