In America, COVID-19 Has Not Been an Equal Opportunity Virus

Systemic racism has been at the root of COVID-19 racial disparities, say experts.

Although health officials say COVID-19 is the great equalizer, that the virus doesn't discriminate, more African Americans may be dying from COVID-19 than any other racial/ethnic group in America.

Analyses by the APM Research Lab reveals that as of June 9, 2020, the overall COVID-19 mortality rate for blacks is 2.3 times that of whites and even higher in some states like the District of Columbia, where the death rate is six times that of whites.

There are a number of reasons for this racial disparity, say RIC faculty experts in community and public health promotion.

Citing an article by the Washington Post, Assistant Professor Elizabeth England-Kennedy states, "Dozens of successful lawsuits have been brought against the U.S. Department of Housing and Urban Development for segregating black families into poor and predominantly minority neighborhoods – which puts them at a lifelong disadvantage in education and employment. African American families are nine times more likely to live in segregated neighborhoods with high poverty and lower home values."

Work circumstances also contribute to the risk of infection among people of color who are overrepresented in service industry jobs that require them to be at work despite outbreaks in their communities.

Professor Carol Cummings notes that "nearly a quarter of African Americans and Hispanics are employed in service industry jobs, most of which are without paid sick leave," according to data from the Centers for Disease Control (CDC).

"So when the CDC tells the general public to work from home or to accept a furlough from work, that's only actionable if you're within that community of privilege," she says. "A large percentage of people of color don't have access to that kind of privilege, they can't work from home, and it puts them at greater risk of infection." 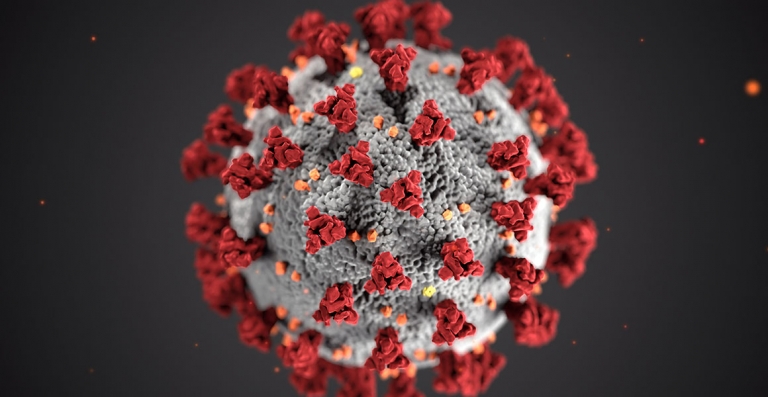 Another contributing factor is less access to health care, says Assistant Professor Soumyadeep Mukherjee. "This disparity is notable even among the employed. Compared with white workers, black workers are sixty percent more likely to be uninsured," he says, citing findings from the Economic Policy Institute.

African Americans also have more of the underlying conditions linked to more severe cases of COVID-19 such as hypertension, heart disease, diabetes, stroke and asthma; however England-Kennedy argues that racism rather than genetics are at the root of these stress-related diseases.

"Chronic inflammation is the stress response that occurs in the body when you've experienced long-term microaggressions and other forms of racism," she says.

Stress brings on the fight-or-flight response – blood pressure and heart rate increases and breathing becomes more rapid. Over time, being in a constant state of fight-or-flight brings on chronic inflammation. (See research by RIC Assistant Professor of Psychology Kymberlee O'Brien.)

"What we know about the stress response is that not only does it put pressure on the cardiovascular system, it affects the entire immune system," she says. "It suppresses the number of white blood cells that are produced and forces the body to release chemicals that increase the risk for respiratory illnesses. When people live with chronic stress – overcrowded living conditions, low-wage jobs, lack of access to health care, inadequate nutrition and institutional racism – it's like a perfect storm." 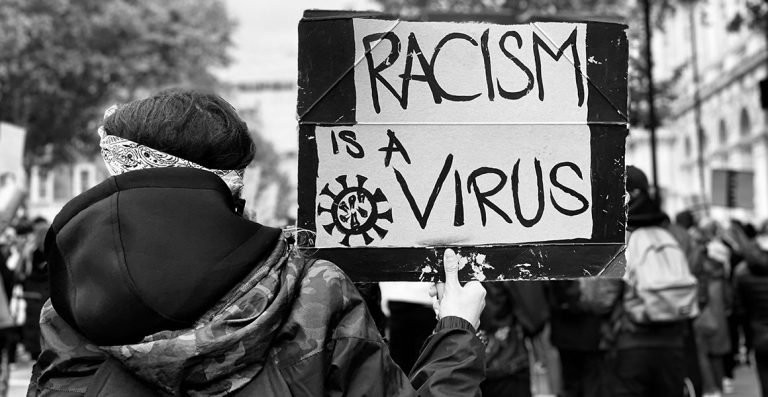 Essentially, systemic racism is at the root of COVID-19 disparities, say these faculty.

"As a nation, we need to do more than create an action plan to reduce risk for African Americans," says Cummings. "We need to look at it as an overdue opportunity for social justice."

"Our dean [Jeannine Dingus-Eason] sent out a call to action to all faculty in the School of Education. She has asked us, as educators and practitioners, to look at how we can elevate these conversations in our classrooms and drive this movement for change."

"As public health educators, we have always examined health disparities among racial/ethnic groups, but I'm not sure we've really dissected the lived experiences of specific groups and planned programs around their experiences," Cummings says. "I think this is something we need to do more of."

In her call to action, Dingus-Eason says, "As educators, our role is not simply to educate others, but to educate ourselves – knowledge and action go hand in hand. Maya Angelou once reminded us, to 'do the best you can until you know better. Then when you know better, do better.' I encourage all of you to familiarize yourself with the work of African American researchers, integrate this work into your curriculums or use the work to guide professional actions and decisions."

"The research of African American scholars often provides a means of understanding how systemic inequities serve to disadvantage children and families of color, while also providing insight on actionable steps for practitioners. There are resources available that present research-based, humanistic insights into the generational impacts of racism on how we think, function, live and work," says Dingus-Eason. "Racism impacts us all. I am purposeful in highlighting this work because it is often overlooked and serves to challenge, disrupt and inform actionable steps across our disciplinary areas."

"I am really pleased to be a part of this movement," says Cummings. "As faculty, we'll be able to have richer conversations with our students and create courses where we can really concentrate on this."