Between School and Work, the Struggle is Real for Adult Students 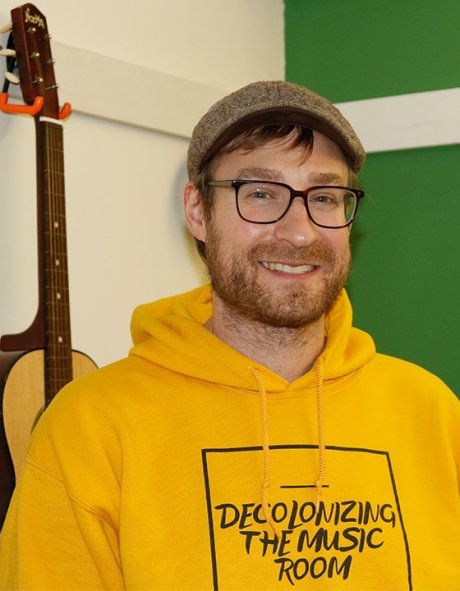 Once a week, Avi David goes from teaching in a high school to sitting in a college classroom with students fresh out of high school. 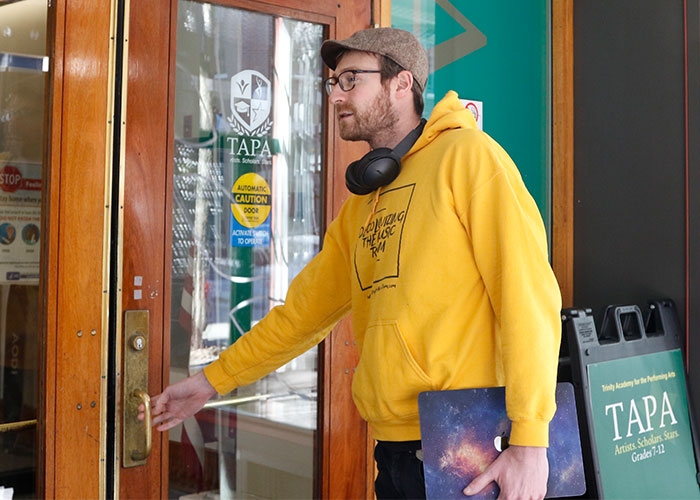 A typical day begins at 7 a.m. for RIC student Avi David, a music teacher at Trinity Academy for the Performing Arts (TAPA). TAPA is a public charter school in downtown Providence.

David arrives at school by 7:45 and teaches the majority of the day, with a couple of prep periods in between that involve lesson planning, grading and meeting one-on-one with students. 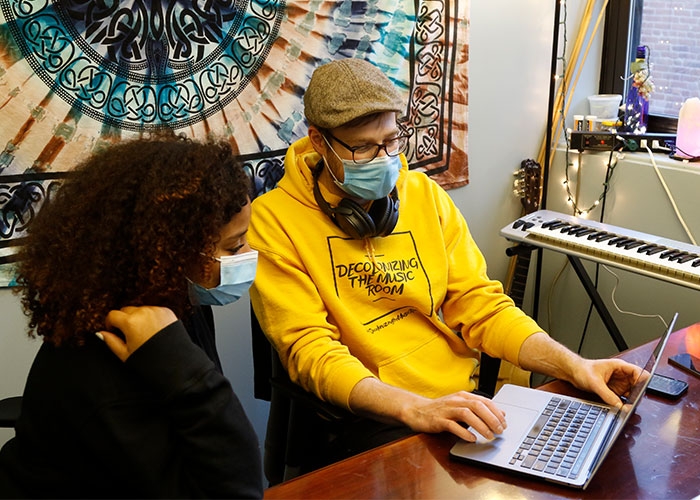 By 4 p.m., he dashes home to take over for his wife in supporting their two children – a two-and-a-half-year-old and a five-month-old.

By 8:30 p.m., after putting the kids to bed, he is back to work, prepping for school or studying for his RIC class until midnight.

Because his five-month-old doesn’t yet sleep through the night, between midnight and 7 a.m. David is up and down about three times a night, caring for his child.

On weekends, he uses the time he could have spent lounging on the couch and watching television to go back to TAPA to prep for class and to study for his RIC class. 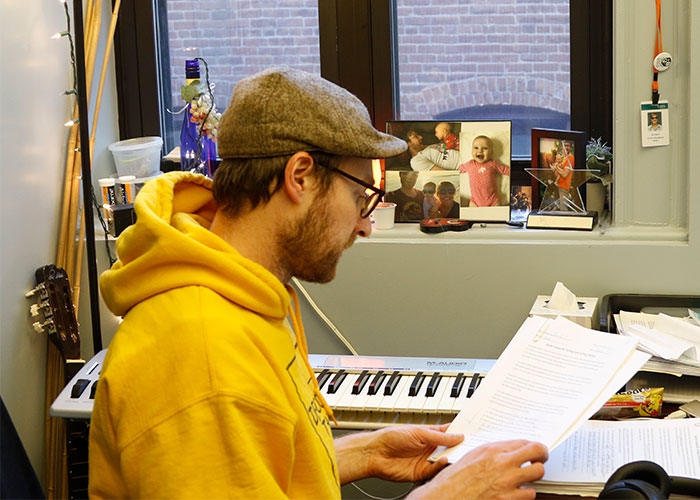 The struggle for David, and many other adult students like him, is finding the time for school in their already busy lives. After earning a B.A. degree in music at Colby College almost 20 years ago and devoting more than 13 years teaching professionally, David was informed by the Rhode Island Department of Education that he would need to go back to school to become state certified.

“In the past couple of years, the Rhode Island Department of Education has been cracking down on schools across the state, making sure that everyone is up to date on certain requirements,” he explains. "I have a degree in music but not music education, so I have to go back to school to become state certified in music education.”

David enrolled in Rhode Island College’s Credential Review Pathway program. This is a nondegree program within the Feinstein School of Education and Human Development for educators with a bachelor’s degree who are looking to add another certification or renew a certification. Upon successful completion of a series of courses and exams, David will be state certified to teach music education in grades K-12 in Rhode Island.

“I’m not excited about adding more to my already full plate,” he says, “but I am excited about attending Rhode Island College, where many of my former students attend and thrive. The difficulty is in finding the time for everything.”

“Being a teacher is one of the hardest and most demanding professions in the world,” he says. “I don’t know any teacher who doesn’t work outside of school hours. We have an endless to-do list that includes lesson planning, grading, curriculum writing and meeting with students who need additional help. There’s simply not enough time in the day to get everything done.”

After work, David is also involved in a variety of community arts projects, and, of course, he has family obligations. For the next few years RIC classes will be also on the list. This semester, he is taking one course that meets virtually on Tuesdays and in-person on Thursdays.

“Though I could have taken a leave of absence in order to take four courses a semester and complete the program in two years, I couldn’t be sure TAPA would hold my teaching position,” he says.

So, once a week, David goes straight from teaching in a high school to sitting in a college classroom next to students fresh out of high school. But he loves it, he says. For one, he gets to hear their uncensored perspective of their high school experience. He also enjoys the energy and excitement of a college classroom, and he’s extremely motivated. As an adult student, David knows what he wants and why he is there. 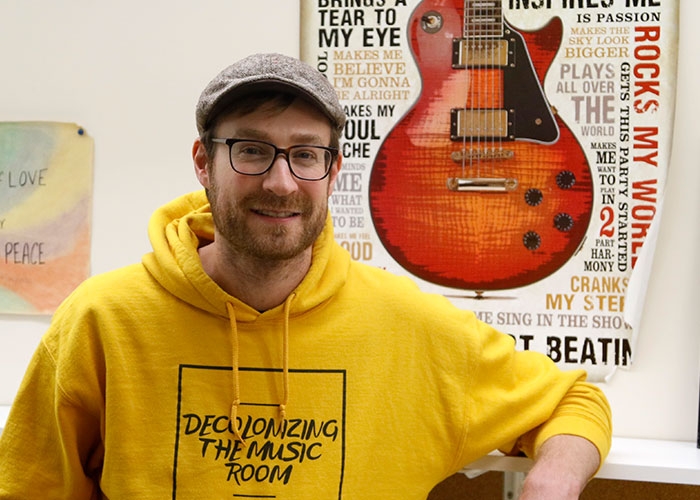 “Though I was very serious when I was an undergraduate college student,” he says, “there was still a lot of sleeping accidentally through class and skimming through the textbook and cramming at three in the morning for a test the next day on six chapters that I hadn’t read. It’s not like that now. Life takes on new levels of responsibility when you’re older. I prep out all of my coursework days in advance, I plan out how much homework I’m going to do every night and I take notes and go over them later. And I’m not just doing this for a grade. I’m doing it because I want to become certified and do right by my kids at TAPA.”