Creating a Safe Space to Talk about Race 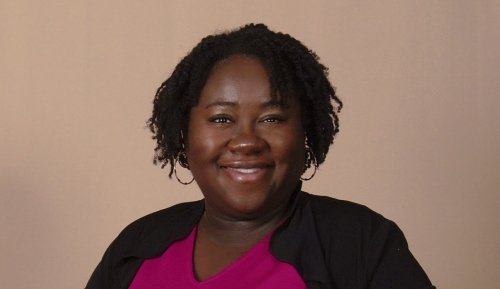 During their 14 weeks in her course, Bousseau hopes students grow from "terrified" to comfortable speaking about race.

Some of her students shared that she was their first teacher of color. Others knew nothing about race-related matters such as Jim Crow laws. Another student told Bousseau that her course helped him cope after the killing of George Floyd, an African-American man whose death at the hands of Minneapolis police officers sparked a global social justice movement last year.

“The words ‘race relations’ make people want to run,” Bousseau says. “Among students who are white and those of color, I can tell they’re thinking ‘what are we going to do here?’ Within 14 weeks in my class, my goal is for students to grow from being terrified about it to feeling more comfortable talking about it.”

Bousseau teaches her course through the lens of Critical Race Theory (CRT), a concept that frames racism as an everyday experience for most people of color and suggests that a large part of society has no interest in doing away with racism because it benefits white elites and the white working class. Momentum for CRT arose in the late 1970s and 1980s to illustrate that racial inequities are structural and built into the country’s laws.

CRT has come under fire in recent years, with former President and other conservatives calling it divisive and anti-American propaganda that singles out the nation as inherently racist.

Bousseau, whose background includes research on quality of life after traumatic experiences, calls such backlash unfounded.

“CRT is under attack because people are saying it purposely highlights race and our differences,” Bousseau says. ‘Well, we are different. Before CRT, I lived this and didn’t know there was a theory to explain it. Now, there’s a language to describe it.”

She says her class benefits because the theory “is a good way for students to understand why studying racism is important and how race is constructed. They need to think about the tenets of this theory to guide their practice as they leave RIC.”

Bousseau teamed up with fellow RIC School of Social Work Associate Professor Diane Martell to compose a paper that examines how CRT can assist students in their social work practice.

Martell addressed the macro application of the theory while Bousseau contributed from the perspective of a clinician.

“It was hard to write this paper because it was in the middle of last summer while I was hearing about George Floyd and Breanna Taylor,” Bousseau says. “I was witnessing this raw pain happening in Black communities over and over again, so writing about it weighed on me emotionally.”

In her American Racism and Social Work Practice course, Bousseau encourages students to share their emotions by writing entries in a journal. She says the journals serve as a haven for students to express their thoughts about race and release feelings they may not feel comfortable sharing during class.

“I don’t want any student who takes my class to feel attacked, blamed or shamed,” Bousseau says. “That’s not productive. It’s about how do we move forward and conclude that racism exists and causes a divide. Now, what are we going to do about it? When our students go out to work with clients who are dealing with intergenerational trauma from slavery, Jim Crow laws and the impact of mass incarceration, in the back of their minds they need to know about systemic oppression. Trauma impacts human behavior. If only two of my students apply that perspective and share it with others, I feel like I’ve done my job.”

Bousseau, an assistant professor of social work at RIC, teaches her students the tenets of Critical Race Theory.