A Doctor With Her Finger on the Pulse of Her Community 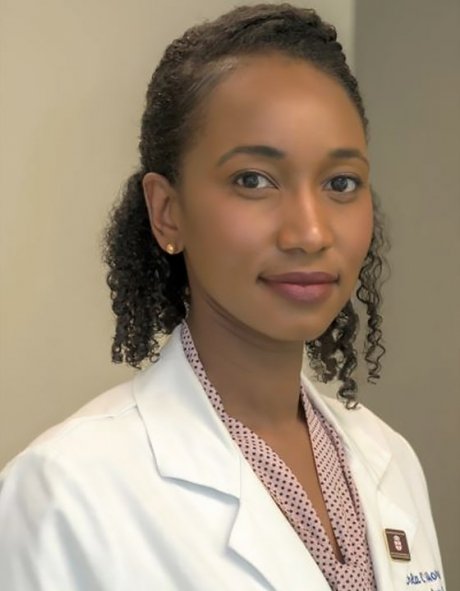 RIC Alumna Dr. Carla Moreira is a surgeon at the Warren Alpert Medical School of Brown University, and she is leading research on eliminating health disparities among marginalized groups.

Until the age of 10, Dr. Carla Moreira lived in Cape Verde, where her mother worked at a free clinic. Sometimes she made house calls, traversing the rocky terrain to see patients who had no access to the facility, and occasionally she took her daughter along with her.

As Moreira observed the connection her mother made with the people in their community it profoundly imprinted upon her. Today, she is a vascular and endovascular surgeon whose practice is informed by her commitment to her community.

Fluent in Cape Verdean Creole and Portuguese, with a working knowledge of Spanish, Moreira immigrated to the United States at 10 and grew up in Pawtucket, where there is a large Cape Verdean community. She graduated with honors from Rhode Island College in 2003 with a B.A. in biology and chemistry.

In 2008 she received her M.D. from the Warren Alpert Medical School of Brown University, ranked among the top 20 medical schools in the nation, and completed her residency in general surgery at the University of Chicago in 2013. This was followed by a two-year fellowship training in vascular and endovascular surgery at the Boston Medical Center.

In 2015 she joined the Department of Surgery at the Warren Alpert Medical School, with attending privileges at Rhode Island Hospital, The Miriam Hospital, Women & Infants Hospital, Fatima Hospital and Roger Williams Hospital.

In 2018 she was appointed chief of vascular and endovascular surgery at the Providence VA Medical Center.

In addition to her busy clinical practice, Moreira established SURGE Lab in 2019 to research health disparities through a social determinant of health lens.

“Decades of studies and data have shown us that there are health disparities,” she says, “but we haven't done a great job of eliminating them.

SURGE Lab focuses on eliminating them.

"We know, for instance, that African-Americans enter the medical system with more advanced stages of vascular disease because they are diagnosed later and are less likely to undergo or be offered interventions that could improve their overall outcomes," she says.

That is why she advocates for increasing diversity and inclusiveness in the field of medicine.

As diversity officer for the Department of Surgery, Moreira leads efforts to recruit and retain underrepresented minority students and faculty in academic medicine.

Ultimately, Moreira is a Rhode Island College success story. She will tell you that there is nothing special about her other than that she was lucky enough to have had good mentors, people who saw potential in her when, at times, she didn't see it in herself.

"I had a great experience at Rhode Island College," she says, "and I know there are hundreds of brilliant, motivated, passionate students on the RIC campus who can do what I'm doing very easily. The problem is that a lot of these kids don't often get the opportunity or people may not see their potential. That's why I take every opportunity I can to inspire and mentor. My hope is that the next generation that comes from Pawtucket or Central Falls or Woonsocket can use their experiences to help make our health systems work better."