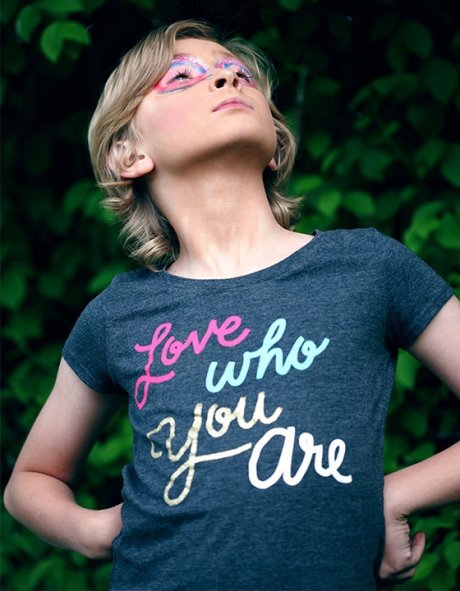 Elizabeth Rowell, who taught at RIC for 42 years, has been an active advocate of RIC's LGBTQ+ community, a community, she says, that has much to be proud of.

Pride Month is celebrated every June as a tribute to the Stonewall Riots that broke out after police raided a gay club – the Stonewall Inn – in Greenwich Village on June 28, 1969. Riots ensued over six days with protestors demanding the establishment of places where the LGBTQ+ community could go and be open about their sexual orientation without fear of arrest.

In celebration of Pride Month, longtime LGBTQ+ ally Elizabeth Rowell, an emerita faculty member and friend of the college, is offering a matching gift of $2,0000 for any gift made to the college during the month of June, or until funds are exhausted. Liz plans to support the Adam’s Library Acquisition Fund with $1,000 to purchase LGBTQ+-academically themed books and another $1,000 to support the Gender and Women’s Studies Program.

Rowell’s advocacy began in her own discipline – early childhood education and reading. She found that most children's books failed to represent children in families with same-sex parents.

“Family is very important to children," she says. "Children want to see their family reflected in the books that they read. I felt that my students, who were training to become elementary school teachers, should have access to these books. So, I wrote several faculty research grants to find these books. I then put in a request to Adam’s Library to order these books for student use. I also began leading workshops at conferences on same-sex and transgender orientation. I’d bring my same-sex parents children’s books with me and leave them on the table for people to look through.”

Rowell also donated a historical collection of transgender children’s picture books to Adam’s Library’s Special Collections, along with notes on what was occurring socially and politically during the years the books were published.

She pointed out to the administration the need for transgender students who were living as male instead of female or vice versa to have their new names posted on the class rosters. She created and taught a new course at RIC titled Multicultural Views of Same-Sex Orientation and Transsexuality, which attracted many students from the LGBTQ+ community and their allies. And she worked to ensure that the RIC campus had gender neutral bathrooms in every building.

Join Rowell in celebrating Pride Month by supporting the Gender and Women’s Studies Program. You can also go to the Rhode Island College Foundation website to learn about ways you can support the area of RIC that means the most to you.