“One of the greatest things Professor Bill Wilson taught me was to command the stage when you’re on it, says Matt Furtado ’05.

Matt Furtado was just a curly-haired five-year-old sitting through a high school production of “Peter Pan” with his parents when a lightbulb went off in his head. Peering above the seat in front of him, his eyes grew as big as saucers as Peter Pan, in green elf attire, suddenly flew across the stage. Captivated by the bright lights, the booming band, the moving scenery, the Lost Boys, the leering pirates – the entire spectacle had him transfixed.

“I knew then – that’s what I wanted to do,” he says. “I knew I wanted to entertain people.”

Around the same time, he had gone with his parents to see Sesame Street Live – the touring version of the TV program. That, too, imprinted upon him deeply. As soon as he got home, he pulled his puppets off the shelf and began to recreate what he had seen.

By six or seven he was honing the tools of his trade – magic and puppetry. He taught himself how to make his hand lip synch to Sesame Street songs, and he was a regular in the magic books section of the local library.

On vacation in Florida at age 10, he visited a magic shop run by a professional magician. He left with a head full of new tricks. By junior high, Furtado was getting paid to put on magic shows at birthdays and church events. Equally adept at puppetry. He was hired by Kids on the Block to join a ragtag troupe of puppeteers, putting on educational shows about disabilities at nursing homes and park and recreation centers.

“Between magic, puppets and acting, my life turned into a lifelong journey of figuring out how to put all of these skills together into a career,” he says. 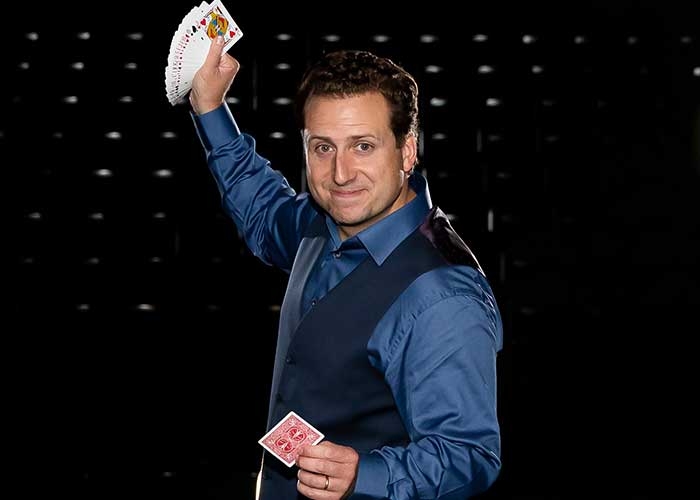 Today, he is a professional magician, puppeteer and commercial actor. What ties them all together is magic.

“Puppetry, like magic, is an illusion,” Furtado says. “Something magical happens when you and your puppet are engaged in a conversation with someone. All of a sudden, the puppet will say things that you wouldn’t say yourself. The puppet takes on a life of its own. Just watch an interview with Jim Henson and Kermit. You’ll see the interviewee talking to Kermit as if he’s human. Puppetry, like magic, is a very powerful illusion.”

Puppetry came to the fore when Furtado was attending Rhode Island College as a theatre performance major. Outside of class, he would go to the Sesame Street Live auditions whenever they were in the area. “I would tell them I’m in college and can’t go on tour; I’m just here for the experience of auditioning,” he says.

The following two seasons (2008-2010), Furtado was hired by The Jim Henson Company to perform in “Emmet Otter’s Jug-Band Christmas.” That show put him on every puppet producer's roster.

This December, the company will reprise “Emmet Otter’s Jug-Band Christmas,” with Furtado as one of the lead puppeteers, only this time the show is on Broadway.

“Once every couple of years a project comes around that’s super exciting. This is one of those,” he says.

The musical runs from December to January 2 at the New Victory Theatre. “The plot is a twist on ‘The Gift of the Magi,’” Furtado explains. “Christmas is coming and a mother and her son each want to do something special for the other, but they’re very poor. So, they each give up something that’s very dear to them in order to give the other something special. It’s a really sweet story wrapped up in Muppet zanery.” 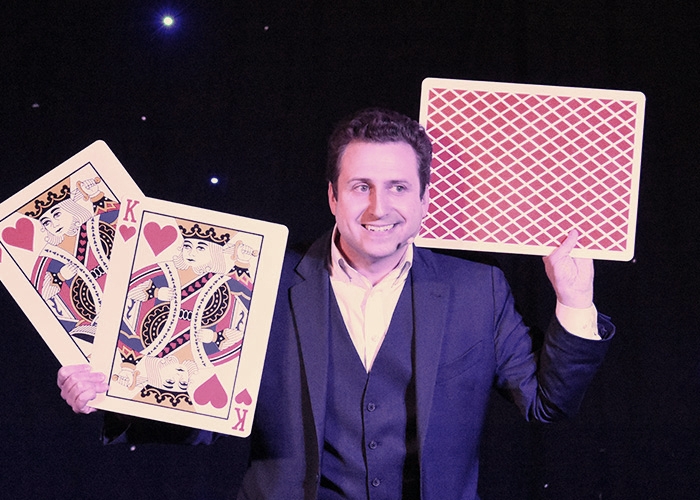 As he prepares for Broadway, Furtado’s magic shows remain his mainstay. He performs at a wide range of venues, including the Mohegan Sun Casino; resorts in Maine, New Hampshire and upstate New York; and for numerous corporations. A touring version of his magic show is also held each summer at theaters in Atlantic City and New York City. Along with magic and puppetry, Furtado is a frequent actor in television commercials, working out of the Boston area.

“My career has been the stuff that dreams are made of,” he says.

Critical to his success was the preparation he received at Rhode Island College. “RIC’s theatre program gave me a really solid foundation,” he says. “You’re taking classes in acting and voice lessons during the day and you’re rehearsing for performances at night. It’s very immersive, and I had wonderful professors. One of the greatest things Professor Bill Wilson taught me was to command the stage when you’re on it. A lot of my ability to get up in front of a crowd and hold the floor is based on the opportunities he gave me.”

Plus the fact that his two sons – ages eight and four – and his wife Erin Furtado ’05 have not grown tired of being tapped to pick a card, any card, or to talk to his puppets ensures that this multifaceted entertainer will continue to ignite a permanent place of wonder in the minds of audiences everywhere.

See a clip of one of Furtado’s magic shows: