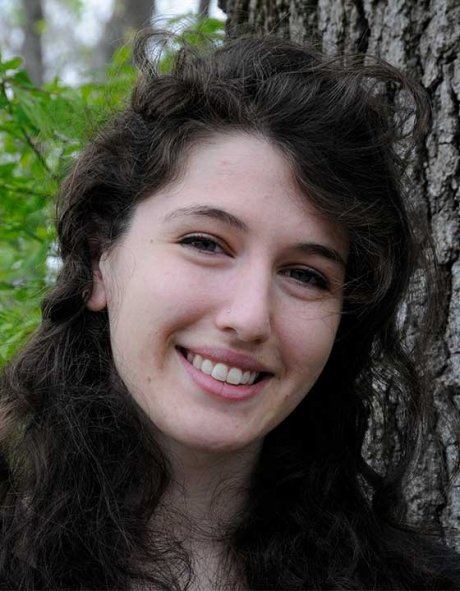 Art major Seanna Poirier’s museum-quality jewelry design has won her numerous honors and awards during her college career at RIC.

Her recent jewelry series – a full semester in the making – is made of copper, brass and bronze, and was inspired by bees. She said, “In designing these pieces, I selected shape arrangements, forms and visual patterns seen in honeycombs and clusters of bees. A lot of the finished pieces are filled with beeswax.” (See photo on second page.)

Poirier’s work has been shown at the SNAG convention in Boston and was featured in the 2016 Rhode Island College Department of Art Magazine.

RIC Professor of Jewelrymaking Dianne Reilly noted how Poirier’s work pushes the boundaries of jewelry design. “Seanna is skilled in creating both sculptural and wearable works in metal. Her talent has not only awarded her a B.F.A. in jewelry and metalsmithing design but she is also a talented ceramic student and received this year’s departmental award for her ceramic work,” said Reilly.

Upon graduation, Poirier intends to continue to work as studio assistant for RIC adjunct professor and jewelry designer Heather Guidero in Providence, while creating her own work. Eventually she would like to have her own studio, her own line and travel to national and international shows to display her work.