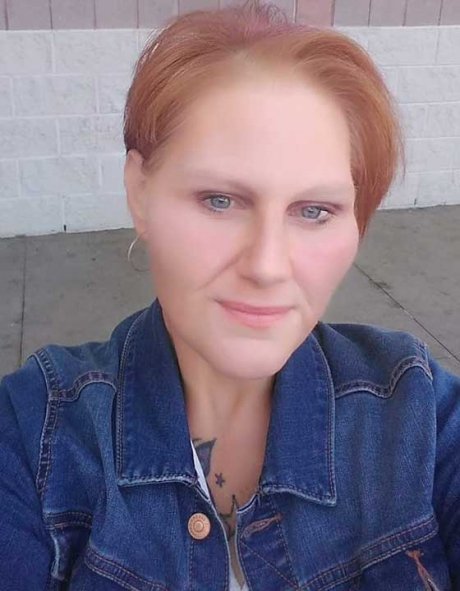 She’s always had a hunger to make something of her life.

Transfer students make up 37 percent of Rhode Island College’s population. They are valued for many reasons, including the fact that they bring a wide variety of life and educational experiences to the institution. They tend to have more concrete goals and know what they want from their education. Most of all, they enter with an unmatched determination to succeed.

At 42, transfer student Geri-Leigh Norrell has begun her first semester at Rhode Island College, where she is earning a bachelor’s degree in social work.

At age 26, she moved to Massachusetts, where she continued to work as a CNA and a personal care assistant until a car accident derailed her career.

“My back was destroyed,” Norrell says. “I also had three children, which exacerbated the back injury.” (Her oldest is now 17, her daughter is seven and her son is five.)

“After the accident, I stayed at home for a while being a homemaker, but I was going insane,” she says.”I kept telling my fiancé that I wanted to go back to school.”

At age 40, with her fiancé’s support, she enrolled at Bristol Community College in Massachusetts. There, she earned an associate’s degree in behavioral and social science, then applied to Bridgewater State College to earn a bachelor's degree social worker.

“It would have been cheaper for me to go to Bridgewater State College since I’m a resident of Massachusetts,” she says, “but I wanted to explore all my options. I got online and looked up Rhode Island College’s School of Social Work. I found out that it’s ranked one of the best in the Northeast and that it offers an accelerated master’s degree program. I liked the fact that I could apply to the accelerated program after my first semester.”

Norrell applied. “I checked my email every day, waiting to hear back,” she says. “It took about two weeks before I found out I had been accepted. I was so excited.”

Three days a week, she commutes from Massachusetts to the RIC campus to attend classes. She admits that the transition from a community college to a four-year college hasn’t been easy. “I’m still trying to find my footing at Rhode Island College. The set up is different from a community college. I’ve felt afraid and lost, but I’ve been assigned an advisor to help me.”

“I had post-partum depression with all three of my children,” she explains. “Being in the health-care field as a CNA saved me because I knew something was wrong and I reached out for help. I learned a lot about my diagnosis and about society’s view of post-partum depression. I want to be there to help other women.”

Norrell gets fulfillment from helping people, she says, from letting them know it’s alright to feel the way they do and that they can take what they’re going through to become a better person. “I think about all the times I’ve fallen on my face,” she says, “and how it has made me who I am.”

It’s the hard knocks that got her here, she says, and she intends to walk across the stage victorious.