Returning Adult Students Are Finishing What They Started 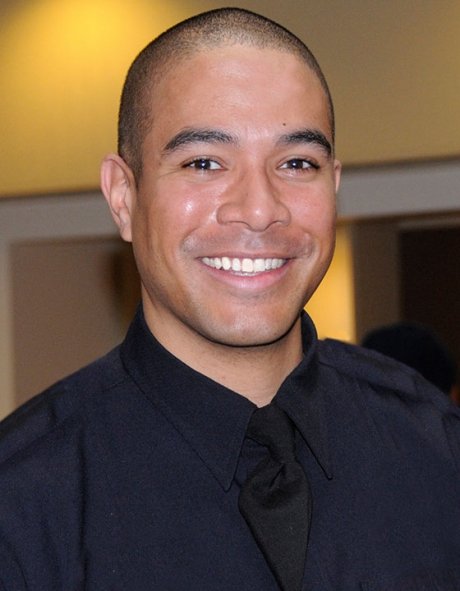 “It’s easy to get comfortable in a job that’s going nowhere and allow the current to carry you down the river, while on the bank are all these opportunities passing you by.” — Joshua Brown ’13

Joshua Brown dropped out of Rhode Island College in his junior year. “Back then, I had zero goals,” says the 41-year-old. “I went to college because that’s what society says you should do after high school. When I was at RIC, I focused on socializing rather than academics. I also worked part time as a waiter at Brown University’s Faculty Club. I made about $13 an hour. I started focusing on making money rather than school. I was put on academic probation for failing most of my classes.”

Courtney Newby, age 39, dropped out at the end of her freshman year. “Back then, I was a 19-year-old who didn’t take education seriously,” she says. “I had a 1.92 GPA.” Newby found work as a teaching assistant at the Greater Providence YMCA, earning $11 an hour.

According to the National Student Clearinghouse Research Center, approximately 120,000 Rhode Islanders have some college credits but not a degree. “We know that this puts many Rhode Islanders at an economic disadvantage,” says RIC President Frank D. Sánchez. “We want to change that.”

For one, individuals who leave college without a credential earn much less than those who graduate. It is also more difficult to climb from a low-wage job to a middle-income or higher position without a college degree. Many end up cycling through low-wage jobs (“Meet the Low-Wage Workforce,” 2019).

Brown certainly cycled through his share of low-wage jobs. Along with waiting tables, he was a parking valet and sold gym memberships.

“I would meet police officers working out at the gym, who would tell me to look into law enforcement,” he says. “My interest grew, but I had to have 60 college credits or military experience to apply. That’s when I knew I had to go back to school and finish my degree.” 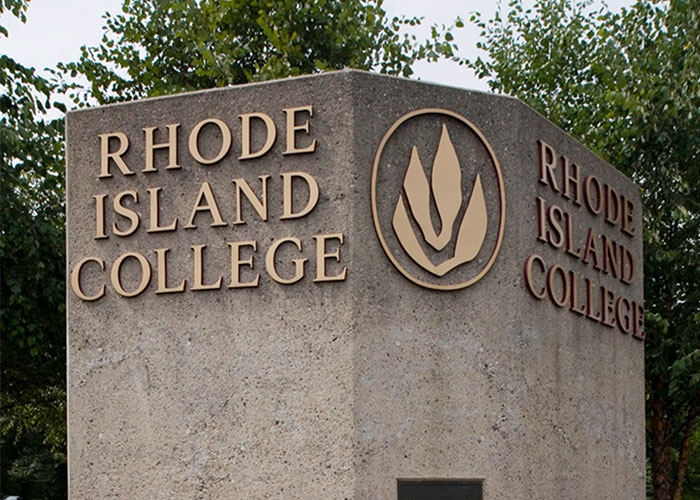 Brown was accepted at RIC on a probationary status. “I had to retake the courses I failed and raise my GPA,” he says. “The fastest way to raise my GPA was to get an A in all the courses I had failed. During the two years I was there, I changed every F to an A. In fact, I got all A’s in every course I took.”

Brown graduated in 2013 with a degree in communication. “Earning that degree was like earning a gold medal,” he says. “I felt accomplished. I was in a club of people who had also achieved the same goal.”

Today he is an officer for the Cranston Police Department, earning 100 percent more than he did selling memberships at the gym.

“Even if policing didn’t work out,” Brown says, “I felt confident that with a degree I could go out and compete for any job I wanted. With a degree, my options had increased exponentially.”

Newby is now employed as a pre-K teacher at The Wheeler School in their newly launched Nest Program, a nature-based curriculum on the Wheeler Farm in Seekonk, Massachusetts.

“Earning my degree allowed me to move from the YMCA, a community-based early childhood education program where there is minimal pay for the work required and no room for growth, to an independent school. I am so happy I decided to go back and finish my degree,” she says.

Brown, too, is thankful he made that decision. “It’s easy to get comfortable in a job that’s going nowhere and allow the current to keep carrying you down the river, while on the bank are all these opportunities passing you by," he says.

To support the economic mobility of more Rhode Islanders, Rhode Island College is making fundamental changes in the way it does business to accommodate more returning adult students. Currently older students (age 25 and older) make up only 22 percent of RIC undergraduates.

“For most adults, the greatest barrier to returning to school is juggling work and family commitments,” says Vice Provost for Undergraduate Affairs Holly Shadoian.

This year the college will launch its first-ever fully online degree program – the Bachelor of Professional Studies (B.P.S.). Students can transfer up to 75 credits and earn up to 32 prior learning credits based on their work experience, certificates earned and other learning experiences. 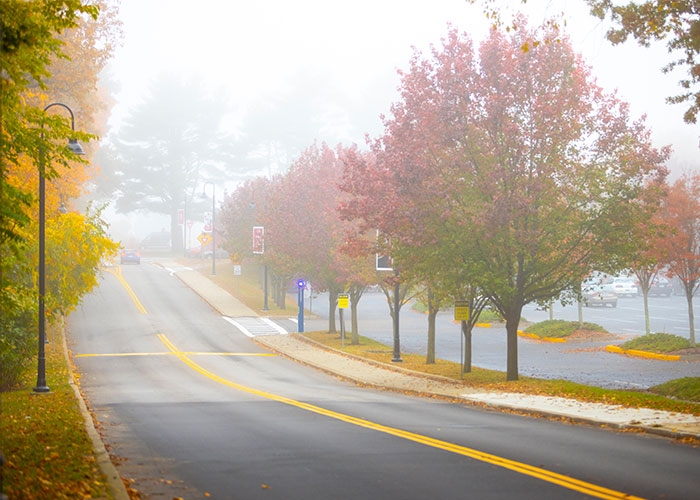 B.P.S. students choose from two concentrations: social services (beginning spring 2022) or organizational leadership (beginning fall 2022). Though the program is housed in the Department of Professional Studies and Continuing Education, the deans of the School of Social Work and the School of Business serve as degree liaisons for the program. Both concentrations are designed to provide a pathway for career advancement.

“We designed the B.P.S. program to make a four-year degree accessible to adults and to give them the additional skills they need to move forward in the workforce,” says Shadoian.

To enroll, applicants must be 25 years old or older at the time they apply; they must have five years of work or military experience; a minimum of 24 earned college credits, with a GPA of at least 2.0; and this must be their first bachelor’s degree.

RIC Professor of English Michael Michaud, whose dissertation focused on adults returning to college, says, “Many adults, when they come back to school later in life, have learned the hard way the old expression ‘Education is wasted on the young.’ They have a fuller appreciation now for what they took for granted earlier.” 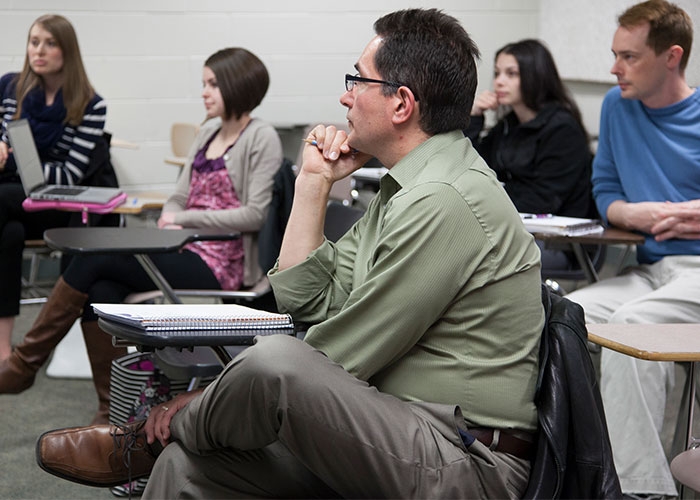 Brown recalls that a lot of the classes he had to retake were actually enjoyable. “I was interested in what was being taught,” he says. “The concepts seemed easier, and I could discuss concepts with the professor on a real-world level. Reading a book or writing a paper didn’t seem as daunting. I could write a paper in 10 minutes because in the real world not meeting a deadline could cost you your job. I was hyper focused and highly motivated.”

Student veterans at RIC also come in with a lot of life experience and motivation. Their average age is 30 and more than half consider themselves adult learners. Seventy percent transferred to RIC with at least 36 credits or more.

“Many student veterans have families and full-time jobs while trying to be full-time students. Many are looking for careers that will help them continue that mission of honor, integrity and service,” she says.

Alex Ortiz, age 36, is an Army veteran, husband and father. He served for seven years in Iraq and Afghanistan as a wheel vehicle mechanic, which included combat-related missions.

Prior to enrolling at RIC, Ortiz attended Grand Canyon University in Arizona in 2014. He dropped out after a year.

This fall he began completion of his Bachelor of Science degree in accounting at Rhode Island College. He is taking six courses and intends to go on to law school to pursue a Juris Doctor degree and a Master of Law degree in taxation. He is also president of the Student Veterans Organization and sits on the finance and electorate commissions of Student Community Government, Inc.

From his experience as a returning adult student, Ortiz believes colleges could benefit from greater flexibility to accommodate older students. 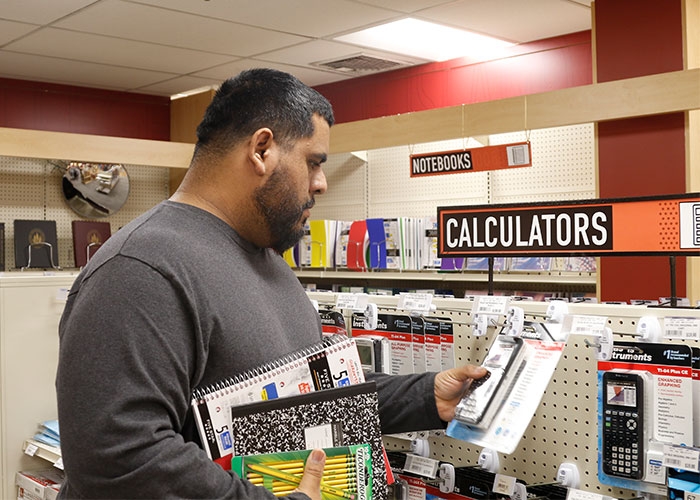 “Online classes may not be enough. It may be easier to attend class online, but it’s harder to stay focused due to the distractions at home,” he says. “Nor does holding classes in the evening necessarily make it easier for adult students. If you’re a single parent working all day and you’re coming home in the evening to attend class, you’re tired. It’s going to hamper your ability to learn. An older student may have spent the evening in the emergency room with a sick child. They may have had to work late to feed their family. I think greater flexibility is needed to reflect the realities of adult life. Flexibility might mean allowing them to turn in a paper or an exam later because of their responsibilities.” 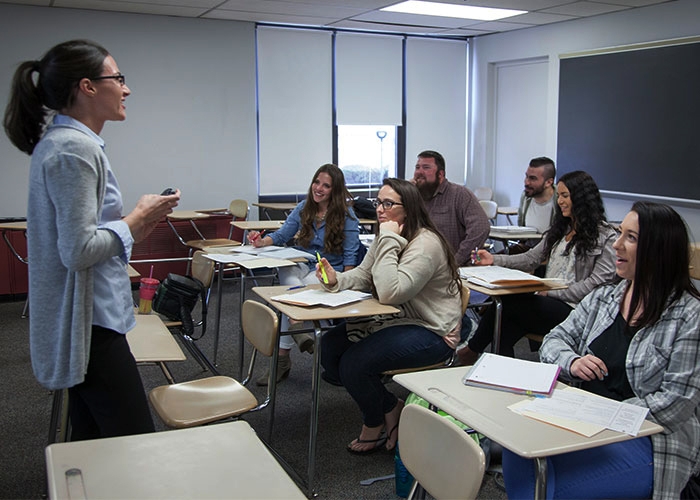 To address the needs of older students, colleges will need greater curricular flexibility, as well, Michaud says. “By curricular flexibility, I mean that if you’re used to teaching your course one way and it works for traditional college-age students, you may need to do it differently for older students. Instead of asking them to write an essay, maybe you could ask them to write a memo or a report, which is more in line with what they would do on the job,” he says.

“In other words, connect the coursework to their work or family experiences and all the other rich experiences they bring with them to the classroom. For many colleges, faculty professional development may be necessary to understand the differences between teaching adult learners and traditional college-age students and to design curricula accordingly,” Michaud says.

Ultimately, RIC’s goal is not to produce more degrees but to provide the skills Rhode Islanders need for upward mobility. Can a four-year degree ensure upward mobility? Researchers say no, not on its own. Jobs must be available. Colleges need to ask: What jobs does the state generate? What do these jobs pay? What educational credentials and experience do they require? What programs does the college offer that will give students the skills they need to fill these positions?

“RIC plays a critical role in shaping Rhode Island’s workforce,” notes RIC President Frank D. Sánchez. “Ninety percent of our undergraduates are Rhode Island residents and 70 percent of our graduates continue to live and work here. We educate the most economically, culturally and racially diverse cross-section of Rhode Islanders of any four-year institution in the state, with more than 40 percent of students identifying as people of color and nearly half of our undergraduates identifying as first-generation college students. By ensuring that working adults have a pathway to earn a four-year degree, we are on our way to fulfilling the prospect of a better, bolder future for all Rhode Islanders.” 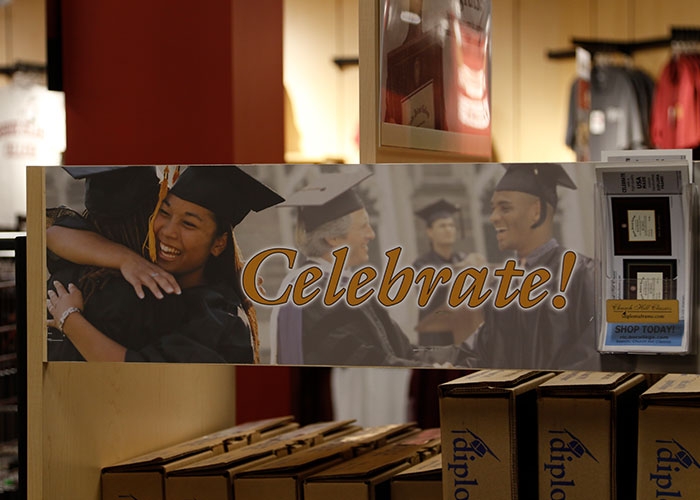