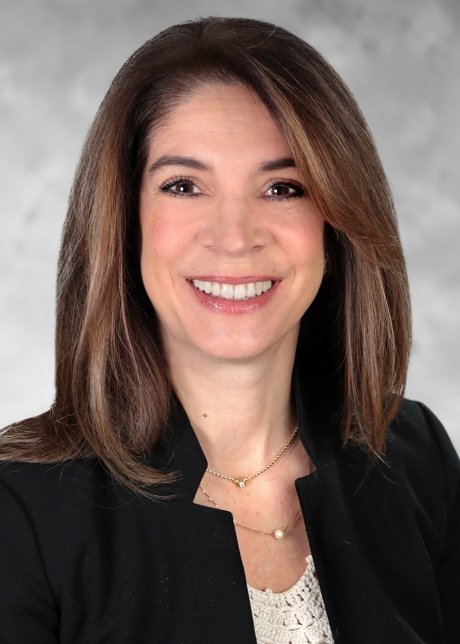 Ducharme is the first female nurse to become a hospital president in R.I.

Esteemed RIC alumna Maria Ducharme '87 has been selected as our 2022 Commencement speaker, so we're revisiting this January 2021 interview with her. She discusses her experiences at RIC, the importance of nurses in healthcare settings, and making history as the first female nurse appointed to be the head of a hospital in Rhode Island.

After a national search for an individual of exceptional experience and caliber, RIC alumna Maria Ducharme has been appointed president of The Miriam Hospital effective Jan. 1, 2021. At that time, she will become the first female nurse in the State of Rhode Island to hold the role of president of a hospital. Ducharme credits Rhode Island College for shaping her as a nurse and a leader.

"I began my career at The Miriam after completing my B.S.N. at Rhode Island College in 1987," Ducharme says. "There was a wonderful environment of collegiality at RIC. I felt like I was a valuable member of the community and that the college was family. I will never forget the lessons I learned there. I think I was drawn to The Miriam because I felt that same level of connection. The Miriam is an incredibly collegial, collaborative and mission-oriented organization."

Not only does the Miriam hold Magnet status (the gold standard for nursing excellence), it also ranks No. 1 among hospitals in Rhode Island. A Lifespan-owned facility and a teaching hospital for The Warren Alpert Medical School of Brown University, The Miriam was listed among the 2020-2021 Best Regional Hospitals and the No. 1 hospital in the Providence metro area by U.S. News & World Report. It has held this ranking for the last two years. 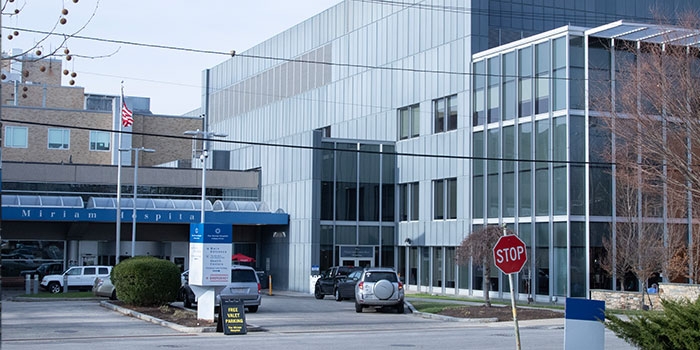 Ducharme may be taking the helm of a top-rated institution, but she will be doing so during one of the most tumultuous times in its history – a global pandemic.

Her top priority as president, she says, will be to "preserve the highest levels of quality, safety and zero harm." "Staff engagement is another priority at The Miriam," she says. "Our staff is our strength, and investing in our people is going to be important to maintain and, hopefully, exceed the standards we've been able to achieve. When people have the energy, resilience and engagement within the organization, they're going to achieve the goals of the organization, with the greatest goal being the delivery of compassionate patient care."

Ducharme is currently senior vice president of patient care services and chief nursing officer at The Miriam. She has held eight different positions during her 33-year tenure at The Miriam, including that of clinical manager – a frontline position that involves supervising 50 to 80 direct-care staff.

However, no matter how far up the administrative ladder she climbs, Ducharme has always maintained contact with frontline workers, direct-care nurses and patients by making regular visits to the units.

"I'm going to be president of The Miriam Hospital but I am still a nurse and will always be a nurse," she says.

Ducharme is never short of praise for the profession. "Nurses are the largest workforce in a hospital," she says. "We're the providers who are with patients 24/7. We're the epitome of both art and science. There's a lot of science that goes into nursing interventions, but to deliver that intervention in an exemplary way is an art. It is one that is learned through experience, although initially powered by passion for the profession and the desire to help people either get better or have dignity at the end of life. I'm excited to bring that background of patient-centeredness, caring, compassion and empathy to the presidency."

Ducharme earned her B.S.N. at Rhode Island College in 1987, her M.S.N. at the University of Rhode Island in 1996 and her D.N.P. at Massachusetts General Hospital's Institute of Health Professions in 2015.