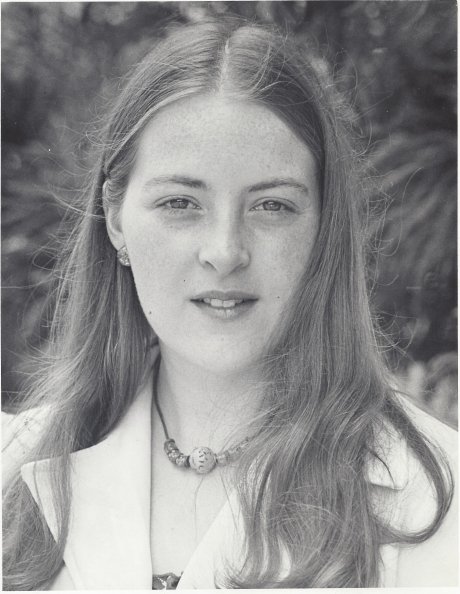 Through two new scholarships a new generation of RIC students will benefit from the late Kate Cross-Das, an alumna who possessed many creative gifts.

While an English major at Rhode Island College, Kate Anne Cross-Das ‘79 excelled in poetry and creative writing. During many nights on campus, Cross-Das would work late at “The Anchor,” the student-run newspaper, where she rose from reporter to co-editor, ensuring that it was ready to go to print the next day.

Now, through two new scholarships the creative ingenuity of Cross-Das, who passed away in May 2021, is poised to carry on to the next generation of students at RIC.

Through the Rhode Island College Foundation, the Katherine (Kate) Cross-Das and Deben Das Endowed Scholarships for both “The Anchor” and for English have been established. Deben Das, Cross-Das' husband for more than 40 years, contributed a significant amount to set up the scholarships, which will each award at least $1,000 annually to a deserving student.

“The RIC campus was a favorite place of Kate and mine from 1976 to 1979,” says Das, a professor of mechanical engineering emeritus at the University of Alaska Fairbanks. “She was a resident of Mary Weber Hall, where I spent many evenings with her friends. I came to know many of her ‘Anchor' friends closely.”

In fact, a black and white photo that served as Cross-Das' engagement announcement picture (above), was taken by an ‘Anchor' photographer.

The Das family went on to the University of Rhode Island, where Deben Das pursued a doctoral degree in mechanical engineering while his wife accepted a teaching assistantship in the English Department and began a masters’ degree in English literature with a concentration in poetry.

In 1980, Cross-Das was diagnosed with a clinical bipolar disorder, forcing her to put her studies on hold. After the family relocated to Alaska in 1984, physicians urged Cross-Das to nurture her creative spirit. She did so by finishing an anthology of poetry for her thesis to complete her master’s degree at URI. She also registered for classes in painting, art, jewelry, and pottery at the University of Alaska.

Cross-Das joined the National Alliance on Mental Illness (NAMI) as a volunteer and through its Fairbanks, Alaska chapter subsequently served as an advocate on the NAMI governing board, testifying before Alaska legislators about the need for funds for mental health services. Meanwhile, she continued to create art, which she donated for auctions to fund drives for mental health causes. Over the span of two decades, her art was displayed at the Pioneer Park Bear Gallery and the Great Horizon Art Gallery in Fairbanks.

Before her death, Cross-Das was a resident at a nursing/assisted living facility near the home of her son and his family in Salt Lake City, Utah. At the facility she was beloved by nursing assistants, for whom she gifted artwork.

“I learned many things about American and western European culture from Kate,” Deben Das says. “She edited my scientific articles and would jokingly say, ‘Deben, it gives me a headache reading your scientific manuscripts on fluid dynamics, heat transfer, thermodynamics and nanotechnology.’ But she did it with a smile to help me grow professionally. My greatest gratitude to her is that she was very forgiving to me. Subsequently, kindness, fairness, love and a considerate attitude were reinforced in me by following the example of my loving wife.”