Alumna was a Pioneer for Latinx Culture on Campus 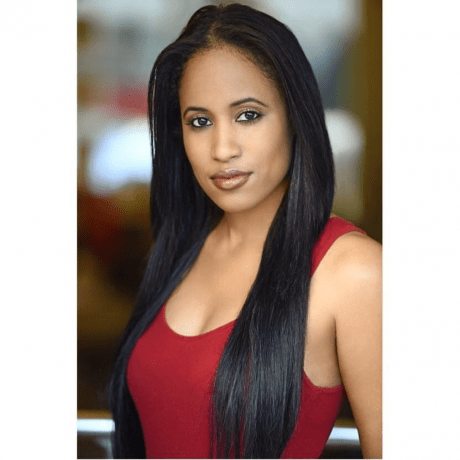 “The kind of poetry that I do is intended to be heard.”

Marleny Luna ’09, who double majored in communications and theater performance, was a pioneer for Latinx culture and art on campus at Rhode Island College.

Luna hosted a show on WXIN radio from 2004 to 2009, “Adding Sazon con Flavor,” the first show at RIC to play music in Spanish. As a student she also worked on a documentary called “The Power of Language,” an invitation to immigrants to nurture, improve, cultivate and save their native languages, the same way they “grow in English.”

“I was urging parents, teachers and community leaders to promote both languages, because there’s so much power in being bilingual and doing it well,” she says. “The documentary premiered in Gaige Hall Auditorium and LASO (Latin American Student Association) promoted it on campus. We had a great turnout, where students and their families were very happy and proud of their own battles with language.”

Any opportunity Luna had, she was working to develop more representation for the diversity of Hispanic cultures at RIC.

Back then, the radio station would give students an hour or two to be part of the station and learn about radio broadcasting. “As part of communications, we were doing radio and TV. My show got such great feedback that I started getting more on air time during the week,” she recalls. “I even had fliers all over campus and 'The Anchor’ started promoting my events. I would bring in local artists or community personalities for interviews. The station was also online, so I had people back home in the Dominican Republic listening to me, which was very cool.”

Keeping that connection to her Latina-Dominican culture has always been vital for Luna; she also did not want to forget her native language while learning a second one. “I was pretty much just kind of owning my roots. Owning who I am and being connected, not wanting to lose my language and culture,” she says. “When we come here we are so focused on learning English well – we even develop academically in English – that we forget to nourish our Spanish.”

RIC was also the place where Luna learned about performance, which has helped her become the artist she is now. “I started writing poetry to deal with my placement as a bilingual artist, to deal with what I was going through in the middle of an audition as a Latina in campus,” she explains. “Being bilingual shaped me and my career in a way that I didn’t even think or ask for. It helped me be connected with my roots.”

Luna’s most distinguished piece is “Letter to the President,” a video-performance from 2012 in which she addresses then-President Barak Obama. “I wrote it because by then I had been petitioning for my mom to get a visa to come to the USA for almost 15 years, but she kept getting rejected,” she says. “Before ‘viral’ was a thing, that video went viral. Later I did the Spanish version and then it started getting coverage in Latino Newspapers and radio stations both in English and Spanish.”

That attention opened doors for her, connections and invitations to colleges and schools to perform in events and celebrations like the national Hispanic Heritage Month, something that she does to this day.

Luna is currently working on her second book of poetry, while her first book “En voz alta” is still in stores. “There’s power in our stories and the reason why we do what we do is because of our story, our background, where we come from, our dreams, our intentions, our hopes,” she concludes.