About the Zvart Onanian School of Nursing Naming

Mr. Avedisian’s gift was inspired by his love and respect for his sister, Zvart Avedisian Onanian. Due to financial barriers, Mrs. Onanian’s dream of earning a degree in nursing was never realized. Those barriers, however, did not prevent her from becoming a licensed practical nurse and, subsequently, working for Pawtucket Memorial Hospital.

The gift will fund both the first ever endowed professorship at Rhode Island College to support the integration of innovative teaching and research in the area of simulation, and an endowed scholarship to support one or more nursing students.

Zvart was born in Pawtucket, Rhode Island on November 22, 1935, to Shooshanig and Koren Avedisian. Her parents survived the ravages and indignities of the genocide in which 1,500,000 Armenians were killed by Ottoman Turkey in 1915. Zvart grew up in an immigrant neighborhood in Pawtucket and graduated from the city’s public schools. Zvart, whose name means Joy in Armenian, is a 1954 graduate of Pawtucket East (Tolman) High School.

Learning was a priority in the Avedisian home, where the mantra was “Get your education.” While achieving an RN degree was her dream, it soon became apparent that the family’s increasing financial difficulties made that impossible. Ultimately, she did the next best thing, pursuing and obtaining a Licensed Practical Nursing (LPN) degree from the Rhode Island School of Practical Nursing. She worked as an LPN at Pawtucket Memorial Hospital until her marriage to Edward Onanian 1961.

Zvart and Ed later relocated to Champaign, Illinois, where Ed continued and completed his doctoral studies at the University of Illinois. In 1963, they moved to the Washington, DC metropolitan area where they lived for more than forty years. While there, Zvart raised two daughters and resumed her nursing career at Group Health Association in Silver Spring, Maryland.

Nursing truly has been and continues to be her calling. She has always been “on call” as the family’s resident nurse, dispensing advice and care at a moment’s notice. Her interest in nursing endures, and she continues to stay abreast of the latest advances in the field.

"Her [Zvart's] story and family’s philanthropy are nothing short of inspiring." 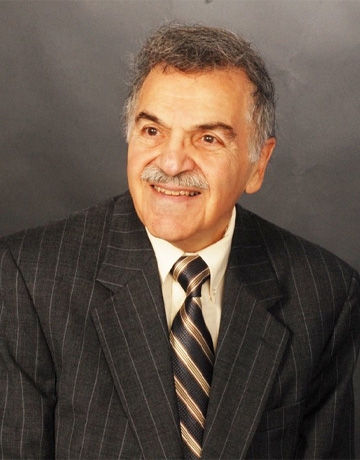 The son of Armenian Genocide survivors and distinguished recipient of the Ellis Island Medal of Honor, Edward Avedisian grew up in an immigrant neighborhood in Pawtucket, Rhode Island.

Born in 1937, Avedisian’s professional career spans over 30 years of service as a clarinetist with the Boston Pops and 40 seasons with the Boston Ballet Orchestra. He also served as an adjunct faculty member, arts administrator and investor.

Avedisian is a renowned philanthropist serving as principal benefactor of the Khoren and Shooshiang K-12 School, the Nork Marash Medical Center and the Zvart Avedisian Onanian Center for Health Research and Development.

Avedisian’s philanthropy includes a $3 million dollar gift to Rhode Island College’s School of Nursing in honor of his sister, Zvart Onanian, a retired licensed practical nurse who forwent her own aspirations of a four-year college degree in order to support her sibling’s post-secondary careers. The School of Nursing is now named in honor of his sister. Avedisian’s gift also established an Endowed Professorship in Nursing Simulation and the Zvart Onanian Nursing Scholarship.

A 1959 and 1961 graduate of Boston University, Avedisian was named Boston University Distinguished Alumnus in 2008 and has contributed to the Boston University School of Medicine and College of Fine Arts. He presently serves as a Board Member of Light Sciences Oncology, Trustee for the American University of Armenia and is the past chair of the AUA Oversight Committee for the Nork Marash Medical Center.

Edward Avedisian is married to Pamela Wood and resides in Lexington, Massachusetts.