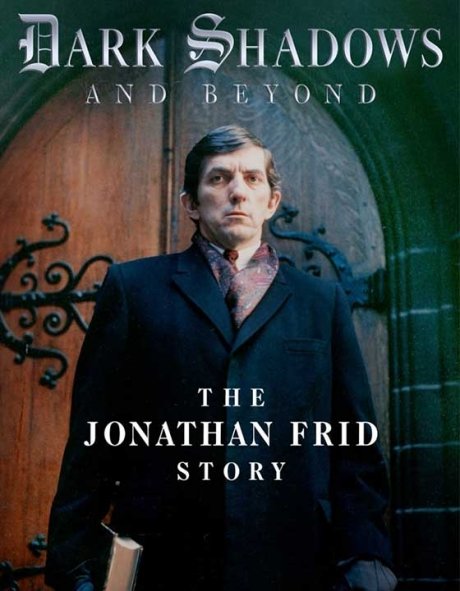 RIC alumna Mary O’Leary ’77, an award-winning producer of five daytime soap operas, including “General Hospital” and “The Young and the Restless,” has produced and directed a feature-length documentary on the star of the popular gothic soap opera – “Dark Shadows.”

Titled “Dark Shadows and Beyond – The Jonathan Frid Story,” this compelling biographical film made in 2019 is devoted to the fascinating life and career of Shakespearean actor Jonathan Frid, who played the tormented vampire Barnabas Collins in “Dark Shadows.” In October the film came out on Blue-ray and DVD.

Noted for breaking the rules of traditional soap operas, “Dark Shadows,” which aired from 1966-1971, blended stories of gothic romance, horror and the supernatural. Storylines centered on ghosts, witches, demonic possession and time travel and went on to influence TV and film dramas like “Twilight,” “True Blood” and “Vampire Diaries” today.

Twenty million fans thrilled to the eerie goings-on at the haunted Collinwood estate. However, the main reason the series became must-see TV was Frid’s portrayal of Barnabas Collins, a 175-year-old vampire, who after being unintentionally released from his chained coffin, arrives at Collinwood to begin a new life.

“Dark Shadows and Beyond” reveals the actor beneath the vampire’s cloak. O’Leary explores Frid’s personal and professional struggles, artistic triumphs and rise to fame, in part through his personal letters read by actor Ian Buchanan and also through interviews with family, friends and colleagues.

O’Leary was herself a colleague and friend of Frid. Frid hired O’Leary to co-produce his one-man show that played off of his legendary "Dark Shadows” image. At that time, O’Leary was in her 20s and Frid in his 60s. Over a span of eight years, O’Leary helped him develop his show, while simultaneously producing for daytime dramas. Her working relationship with Frid informs this film.

Special features of the DVD and Blu-ray include: rare performance footage; archival material from Frid’s private collection; a PBS-TV discussion with Frid; promotional pieces with the actor; Frid reading an excerpt of Washington Irving’s classic tale “The Legend of Sleepy Hollow” and the compilation video, “The Best of Barnabas.”

Check out the official movie trailer:

Currently living in California, O’Leary has won seven Daytime Emmy Awards for her work on “The Young and The Restless” and “General Hospital.” She also won the Outstanding Class Special Class Daytime Emmy for “The Jeanne Cooper Tribute.”