Becoming the Advocate She Once Needed 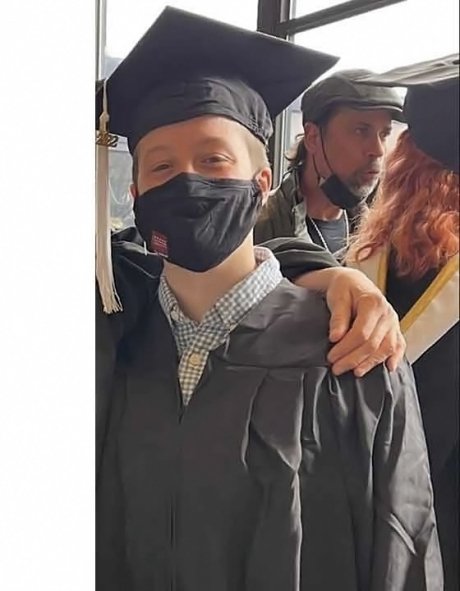 Victoria Threshier ’22 recently started her career as the new LGBTQ+ advocate at Sojourner House, a nonprofit that has served more than 60,000 survivors of domestic abuse, sexual violence and human trafficking over its 45-year history.

“This role feels like what I want to do with the rest of my life,” says Threshier, who interned at Sojourner House for two semesters while a student at RIC. “I want to advocate for people, which I’ve always felt has been my purpose here on earth.”

Threshier, who majored in gender and women’s studies and minored in the college’s relatively new queer studies program, credits RIC Professor of History and Director of Gender and Women’s Studies Leslie Schuster for providing a connection to Sojourner House.

“I wouldn’t be in the position I’m in now without my advisor, Professor Schuster,” Threshier says.

As the newly installed LGBTQ advocate, she will be charged with continuing support group meetings and creating a weekly curriculum for people to address domestic assault and violence.

She anticipates approaching issues with an intersectional and compassionate perspective, a skill set she learned in her courses at RIC.

“I believe it’s important to lift up the voices of marginalized communities, such as queer people of color or disabled people,” Threshier says. “I want to be as inclusive as possible and keep an open mind. I seek out people who can help me keep learning and encourage others to keep learning as well.”

Threshier, a Woonsocket resident, says her whole world immediately changed when she became someone who identifies as queer.

“I recall being a scared LGBTQ person and didn’t like that people would ask me inappropriate questions that they wouldn’t ask a heterosexual person,” she says. “Now, as an advocate, I’m hoping to be the person I needed when I was younger.”

At RIC, Schuster says Threshier was an exemplar in queer studies and became the first queer studies minor to earn the Gender and Women’s Studies Award for Scholarship and Service. Threshier says she was proud to receive the award because of its history. It was established in 2007 after a feminist student group won a battle over its right to post pro-choice signs on campus that said “Keep your rosaries off our ovaries.”

Leslie Grinner, an adjunct faculty member in Gender and Women’s Studies, praised Threshier for her keen mind and commitment to social justice with a focus on intersectional oppression.