Yes, Rhode Island College does have a campus garden and it's a significant provider for menu items in the Donovan Dining Center. Pictured are Dean Faiola, dining center executive chef, and Jim Murphy, RIC sustainability coordinator, inspecting the garden.

Tucked away behind the Fogarty Life Science building, Rhode Island College’s campus garden is producing an array of crops that will garner special attention on Donovan Dining Center menus this fall. 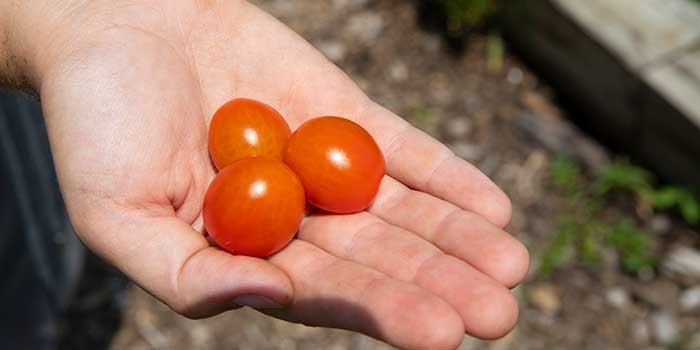 Murphy says growing the crops on campus reduces the amount of transportation needed to import food and provides healthier fare for Donovan patrons.

“Typically, when you look at a plate of food in a restaurant, it has traveled at least 1,500 miles to get there,” Murphy says. “Locally grown food is simply fresher and has no preservatives.”

Donovan Executive Chef Dean Faiola says he views the campus garden fruit and veggies as a bonus when designing menus.

“Say if we pick 50 pounds of a particular crop, I will create special items until it’s all gone,” he says. “I have plans to create a honey mint dressing and will take basil from the garden to put in three or four new menus items such as margherita pizza and avocado toast.”

Faiola says the reception from students, faculty and staff about the dishes he creates from the garden has been positive.

“Many are surprised to know that RIC has a garden and then they’re even more shocked with how much produce we’re getting from it,” Faiola says. 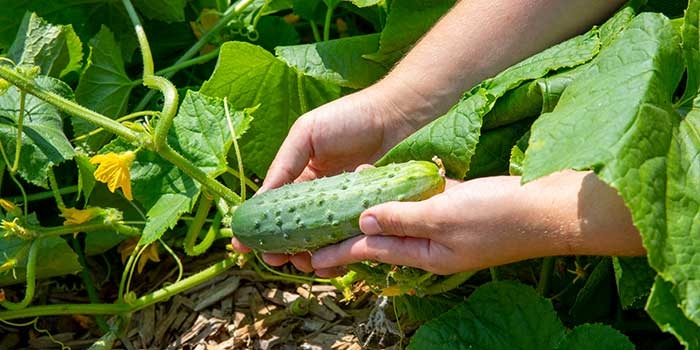 Maria Gaskell ‘21 is one of five people on campus who volunteers time to water the campus garden daily. She says tomatoes and cucumbers are the garden’s fastest-growing crops.

Gaskell, a former officer in RIC’s Environmental Club, represents the type of student whom Murphy hopes to attract in the future to work in the garden.

“Due to turnover because of graduation, we hope to recruit more students to work in the garden and get first picks from the crops to take back to their dorms or homes,” Murphy says.

Faiola and Murphy say they’re in the midst of researching data points that specify how much the garden is contributing to Donovan menu items. However, Murphy says he’s certain the garden is yielding more produce than at any point in its decade-long existence.

And there’s room for the garden to grow.

“We plan to add two new beehives to the garden next year, but we don’t want it to grow any bigger than we can handle,” Murphy says.