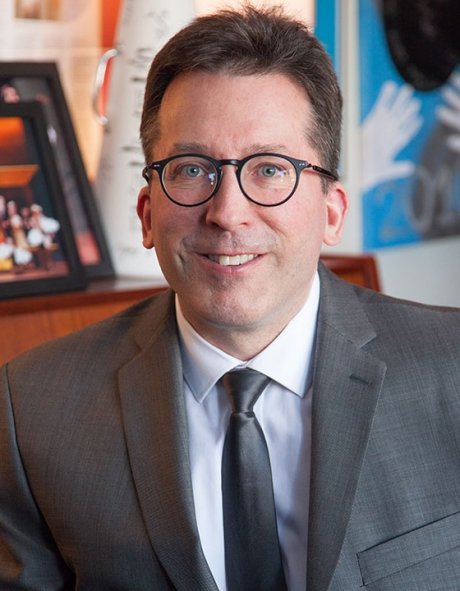 In the span of his career, Bill Wilson has directed and choreographed over 100 landmark musicals and will undoubtedly go on to produce even more big hits – both shows and KCACTF winners. 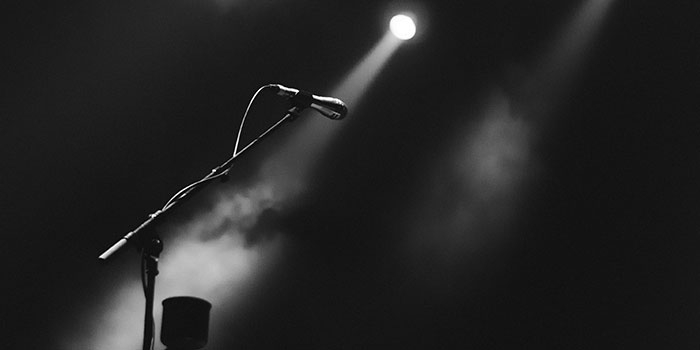 For the past six years, RIC musical theatre students have been hitting home runs at the Region I Kennedy Center American College Theatre Festival (KCACTF).

They have scored in every KCACTF Richard Maltby Jr. Award (singing) competition that has ever taken place, either winning first, second or honorable distinction – the top three honors.

The “coach” behind this unstoppable flow of talent is RIC Professor Bill Wilson, director of musical theatre, director of the RIC Performing and Fine Arts Commission and vice chair of KCACTF Region I.

This year, out of 40 competitors from colleges and universities in all six New England states, RIC junior Lauren Pothier won honorable distinction in the Richard Maltby Jr. competition, which came with a partial scholarship to study at the intensive Broadway Theatre Project.

The KCACTF also honored Emma Impagliazzo for costume design, Matt Borah for lighting design and the cast of “As You Like It” for excellence in ensemble work.

The Maltby competition involves singing a full-length song and a cut from a song​ before a panel of judges. Pothier had worked with excellent musical theatre voice faculty, with Wilson as her primary coach, yet she admitted to being “all nerves” while waiting in the wings to perform.

Citing Wilson’s influence, she said, “My confidence has grown under Bill. He taught me a lot more than skill. He helped me understand who I am and how to market myself in the professional world.” All of her nerves fell away, she said, when she walked out on stage.

As a teacher, Wilson personifies patience, Pothier said. “In his musical theatre class, he’ll ask a student to come up and sing, and he’ll work with that one student for a half hour to 45 minutes,” she said. “While you’re up there, he’s providing feedback and the other students are providing feedback. His goal is only to help you become your personal best.”

Wilson works with more than 30 musical theatre students a semester, and, if you include rehearsals and class time, he sees each of them up to 25 to 30 hours a week, which is why any one of his students will tell you he’s like their own personal coach, training each one of them individually.

“His door is always open,” Pothier said. “Anyone is free to walk into his office at any time with any random question. If other students are there, everyone just sort of piles in and forms a line.”​​ 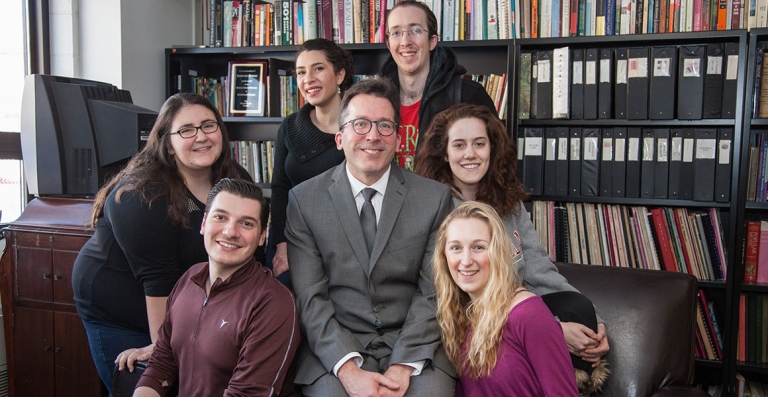 In contrast to his high-spirited protégés, Wilson is soft-spoken, reserved and, according to Pothier “very modest.” “He doesn’t speak much about himself,” she confided.

Wilson credits his success at RIC to his collaborative partnership with Angelica Vessella, RIC professor of dance and director of the RIC Dance Company.

A Pittsburgh native, Wilson arrived at RIC in 1997 with a B.F.A. in musical theatre performance and an M.F.A. in directing, along with expertise as a choreographer and movement specialist, having studied jazz, tap and ballet since childhood. He noted that when he arrived on campus, students in the RIC Dance Company didn’t audition for musicals, and musical theatre students didn’t audition for dance.

“Over the past six years,” he said, “especially since Angelica Vessella has become director of dance, our students are now training and performing in all three genres – acting, music and dance.” In essence, they have become triple threats.

This year Wilson is raising the bar. He wants to graduate quadruple threats – performers who are singers, dancers, actors and writers of their own work.

“Fundamentally, it’s hard to be a performing artist,” he explained. “You have to seek out opportunities. You can’t wait for them to come to you. If you audition for 10 plays and you don’t get in, why not create your own work?”

Recently, 30 RIC dance and musical theatre majors were required to produce an original work, in collaboration with Wilson and Vessella, and they will continue to do so, he said.

“I don’t think an actor can afford to say I just want to do musical theatre,” he added. “I think an actor has to be ready, well-trained and willing to accept any opportunity that he or she is given and excel at it.”

Thus Wilson continues to change the game for RIC musical theatre. In the span of his career, he has directed and choreographed over 100 landmark musicals and will undoubtedly go on to produce even more big hits – both shows and KCACTF winners.