God in Motion: The Sacred Art of Liturgical Dance

Management major plans to open a dance studio and perhaps connect audiences to something greater than themselves.

She dances, arms raised toward the heavens. Her smile is gentle, her gaze loving and tender. This is an inner journey rather than an outer performance. This is liturgical dance – a form of prayer and worship through bodily movement.

Since the age of 11, Spivey has been ministering to others through liturgical dance at the Bread of Life International Worship Center. By age 15, she began leading the youth dance ministry as principal choreographer. Today, she ministers at churches throughout Rhode Island and has even gone on a Christian mission to Puerto Rico, after the devastation of Hurricane Maria, to minister to congregations there.

A senior at Rhode Island College, Spivey’s dream is to use her management major and dance minor to open a Christian dance studio and offer lessons not only in traditional dance forms but in this not-so-familiar dance form – liturgical dance.

The last thing she expected to become was a dancer, said Spivey. “I was a rhythm-less child,” she said with laughter.

“When I was a young girl, even my dance instructor considered talking to my mother about discontinuing lessons. But then the Lord told her I was worth the investment,” Spivey said.

Soon her instructor would see the ugly duckling transform into a swan. 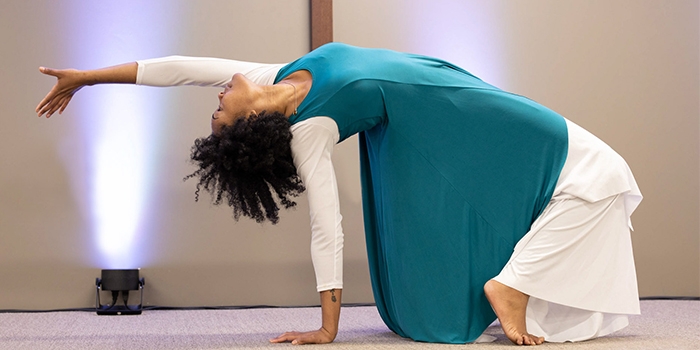 “It was like I woke up to my gift,” Spivey said. “I began to do liturgical dance at church, and I’d get this warm sensation, like a blanket was covering me. That’s when I knew that this was my calling, this is what God wanted me to do. It grew into a passion and now I see it as my purpose.”

Historically, liturgical dance has been an important part of cultures and religions around the world and is even found in the Bible. However, it was phased out of the Christian church as part of the 16th-century Protestant Reformation and didn’t make a reappearance until the 20th century.

According to Spivey, liturgical dance has been experiencing a re-emergence and more dance groups are being born as a result. 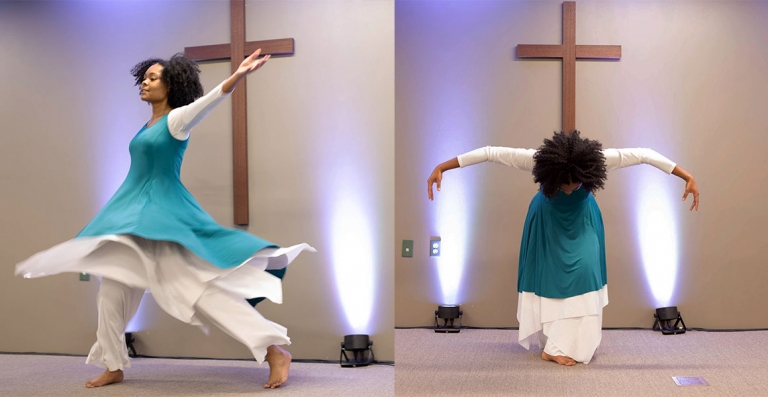 That is apparent when Spivey dances. Each movement is deeply moving, impossible to withdraw from. She is prayer in motion, generating shouts, praise and even tears from the congregation. By the time her dance concludes, the assembly is on their feet applauding.

“That’s when ministry and performance become two different things,” Spivey said. “In a performance, the applause is for the dancer. In ministry, the applause and praise is for God and for the message the individual received from God through the dance.”

Spivey is already taking the skills she’s learned as a management major to plan her future Christian-based dance studio, such as how to structure an organization around her own values, the importance of targeting a racially diverse demographic and how to keep dance lessons affordable for low-income families.

The hope is that she will draw people of all ages and races to discover dance the way she did, as an outlet for self-expression and to connect them to something greater than themselves.