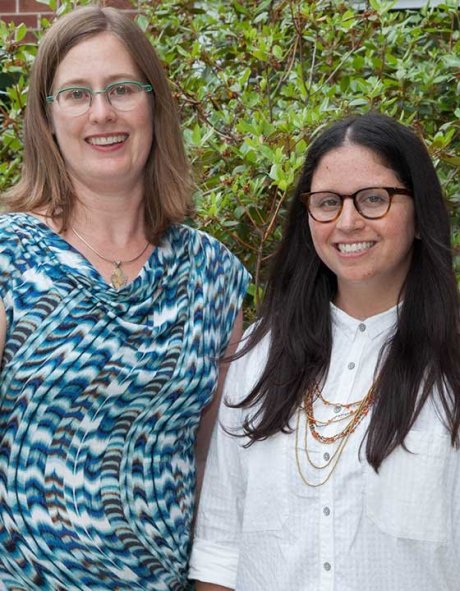 “This opportunity puts the Youth Development Program at RIC at the center of the national conversation about youth workers and begins to bring visibility to our state, our college and our growing program,” said McKamey.

The federal government has earmarked over $1 billion to fund after-school programs through the Every School Succeeds Act, signed into law by President Obama in 2015. Recently the U.S. Department of Education invited RIC’s Youth Development Program Co-director Corinne McKamey, along with Youth Development Program Internship Coordinator Rachael Ficke Clemons, to join representatives from four other higher education institutions for a listening session in Washington, D.C.

Held on May 23 and led by U.S. Department of Education’s Director of Academic Improvement and Teacher Quality Programs Sylvia Lyles, the session focused on the professionalization of youth work in federally funded after-school programs.

The group also explored the importance of developing partnerships between federally funded after-school programs and higher education institutions. In light of this discussion, McKamey and Clemons drew upon the successes of RIC’s Youth Development Program.

They explained how RIC’s program builds a community of learning both within the academic setting and in partnership with outside organizations.

One of the program’s partners is Youth in Action, a Providence-based organization that fosters youth leadership around issues of social justice.

This partnership is particularly significant, McKamey said, “because the young people involved in Youth in Action are actually helping to shape RIC’s Youth Development Program.”

The Providence Children’s Museum, another RIC partner, has served as a field site for RIC students. At the museum, students learn how to build relationships with youth and practice the art of purposeful play.

McKamey explained that “students observe young children at play; discuss how to create inviting contexts of play; and explore the ways in which culture, gender and ethnicity influence play.”

“These are just some of the ways in which RIC’s Youth Development Program offers both an academic and practical context for best practices in the preparation of youth workers,” she said.

As a result of the listening session, federally funded after-school jobs may now list “youth development degree preferred” in job postings, and the Youth Development Program at RIC will be listed as a resource on the U.S. Department of Education’s You 4 Youth website.

“This opportunity puts the Youth Development Program at RIC at the center of the national conversation about youth workers and begins to bring visibility to our state, our college and our growing program,” said McKamey.

Clemons added that “this opportunity also provided a space to collaborate and build momentum with youth development community partners both in Rhode Island and across the United States.”