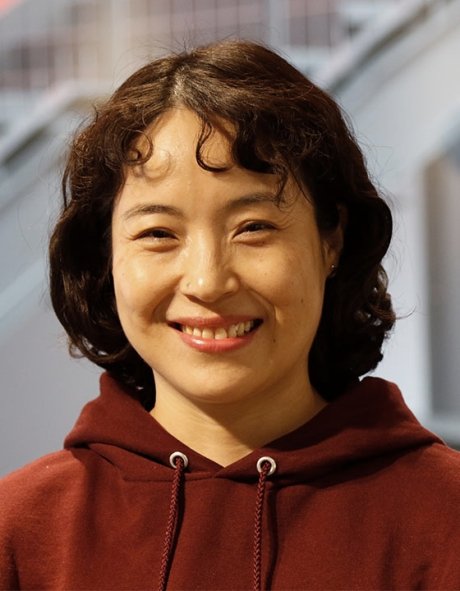 “I decided to be bold, like the RIC motto, and go back to school,” says 36-year-old Liping Zhang. She graduates from RIC as an award-winning artist. 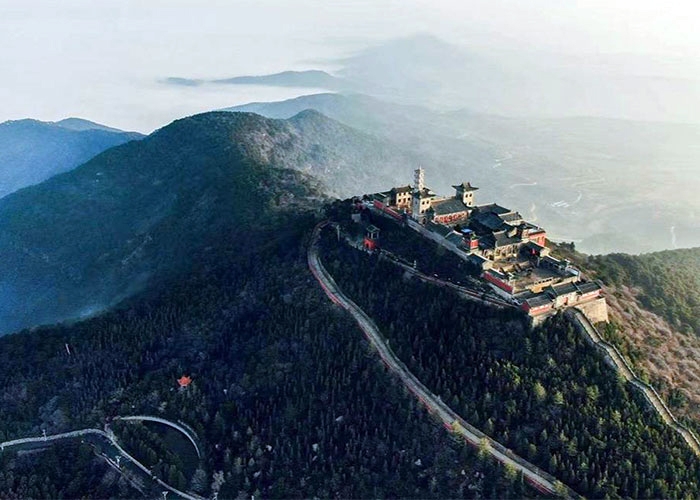 At the foot of a mountain in Shanxi Province, China, is a city called Gaoping where art major Liping Zhang grew up. Her parents, grandparents and extended family still live there and she met her husband there.  (Grandparent’s home pictured in photo below) 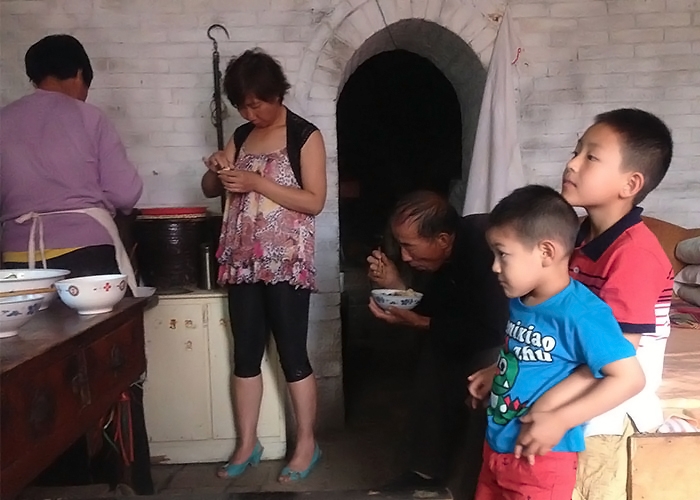 Industry in Shanxi centers around mining coal and iron ore from the mountains. In fact, this landlocked province bounded by mountain ranges possesses roughly a third of China’s total coal deposits.

Most of Zhang’s relatives earn a living by mining, but her husband chose to go to America to earn a Ph.D. in mechanical engineering. At age 24, Zhang quit her job as a high school history teacher and followed him.

“I had my kids in America, but I missed the mountains,” she says. “It was difficult adjusting to a new language and a new culture. I felt very isolated. I asked myself, ‘What do I need to do to find myself and keep in touch with the real world?’ My husband suggested I go back to school. So, I decided to be bold, like the RIC motto, and go back to school.”

At age 36, Zhang enrolled at CCRI, taking ESL courses to improve her English along with art classes. After earning an associate’s degree in art with a concentration in ceramics in 2017, she transferred to Rhode Island College, where she earned a B.F.A. in ceramics and a B.A. in jewelry this May.

Zhang says she found herself through art, particularly her love of ceramics. “Sitting at the potter’s wheel, I forget the outside world,” she says. “I sit at the wheel and everything becomes calm. It’s just me and my hands and the clay.” 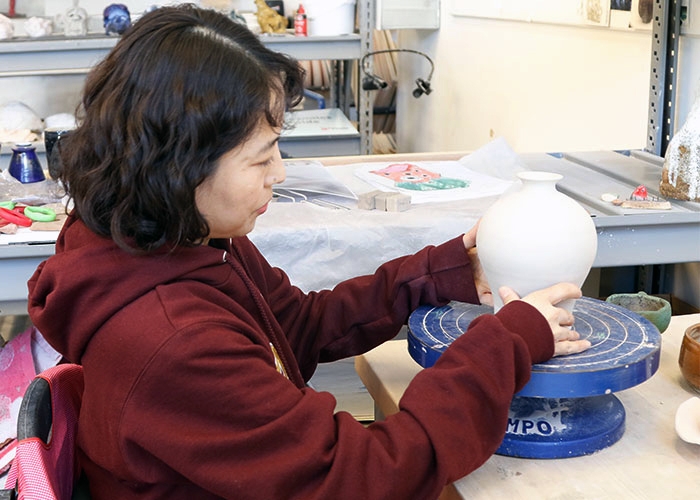 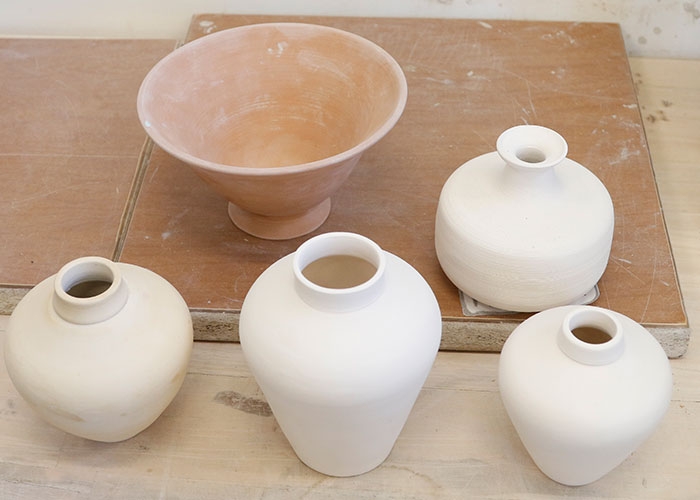 Ceramics (or pottery) originated in China thousands of years ago. Ceramic objects are formed using clay and water, which is then hardened by heat. Clay is the result of the weathering and erosion of rocks mixed with minerals, which, when molded in Zhang’s hands, reminds her of the mountains.

Her senior project titled “Mountains in My Memory” focuses on her childhood home and its landscape through the lens of memory and longing. 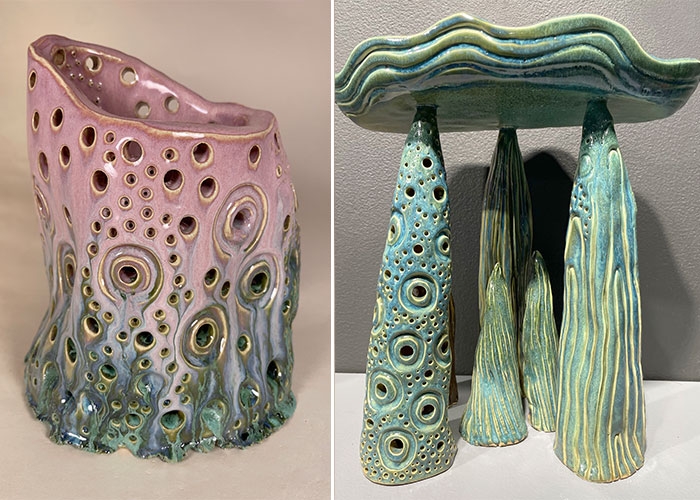 To the people of Gaoping, the mountain is the archetypal mother, Zhang explains. “The mountain nourishes, protects and provides everything that sustains life. We get our water from the mountain, mainly by digging wells. We get our fruit and berries from the mountain. And, of course, she is our source of income. She’s always giving. She also takes whatever we give her, even when it damages her. We are mining her, taking from her. We use explosives to tunnel through her.”

“As a child, my cousins and I would escape while the adults took their afternoon nap and climb the mountain. We’d eat from the fruit trees and go on adventures,” she says. “At night, when the mountain stood like a dark shadow beneath the moon, we would sit by the fire while my grandpa told stories about the mountain.”

“Liping’s artwork speaks of tradition and ceremony while maintaining her own voice as an artist,” says Professor of Art and Department Chair Dianne Reilly. “These pieces are essentially fragments of her own coat of arms [symbols that represent family and identity] and her own changing identity.”

Zhang has been recognized by RIC art faculty with numerous awards, including the Harriet Brisson Award for Excellence in Ceramics (2022), the RIC Senior Award Exhibition (2022) and the Special Talent Award (2021).

Beginning this summer, she will take a gap year after which she will enroll in a master’s degree program in ceramics and jewelry. Her art is on exhibit at the Chazan Family Gallery through Aug. 27, 2022. 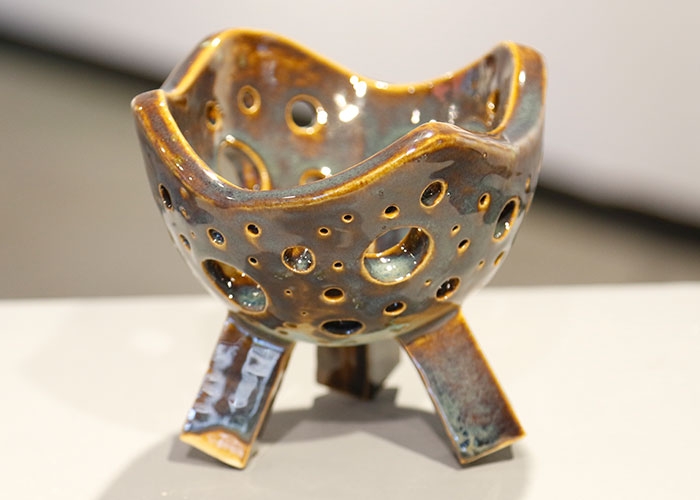