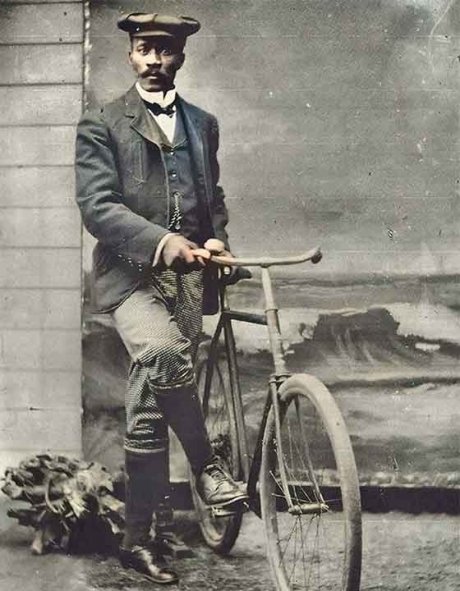 One of the oldest black heritage societies in the country now has its holdings on permanent loan at Rhode Island College.

Since its founding in 1975, the R.I. Black Heritage Society (RIBHS) has procured, collected and preserved historical material relating to the history of African heritage people in Rhode Island dating back to the colonial era; however, "for the last six years, the collection has been inaccessible to scholars, researchers and the general public," says RIBHS Managing Director Theresa Stokes.

"Due to decreases in funding, the Black Heritage Society moved from a museum, to a library, to a smaller museum and lastly to an office, before the collection was placed in storage," she says.

In an attempt to save the collection, Kimberly Dumpson, RIC vice president of College Advancement and External Relations and interim executive director of the RIC Foundation, suggested that Stokes house the collection at the college. Stokes was thrilled.

"To bring our collection to an academic institution has always been my goal," she says, "but to house it at Rhode Island's first public college is ideal. It just seems fitting. Not only does our partnership with Rhode Island College help preserve and manage these artifacts, it advances public education by giving the public access again to the history of African heritage people. With the depth of history that Rhode Island has – perhaps more than any other part of the country – this is an important collection, which makes this a very important partnership."

The plan, Dumpson says, is to establish two funds through the RIC Foundation to support both the maintenance of the collection and programming for the collection. Joyce Stevos ’65, M.Ed. ’97, Ph.D. ’05, one of the co-founders and former presidents of the RIBHS, has pledged $10,000 toward that effort.

Thousands of items – books, pamphlets, letters, manuscripts, prints, photographs, paintings and other historical material – will need to be inventoried, cataloged and digitized – a major undertaking that will involve the R.I. Black Heritage Society, along with RIC’s Special Collections staff, RIC faculty and students, who expressed strong support of the partnership.

History Department Chair Elisa Miller, remarks, "These items are critical for documenting, understanding and advancing knowledge about race and African Americans in Rhode Island and in American history. We look forward to engaging RIC students and historians in projects to help organize, interpret and highlight the society's holdings and contribute to the dynamic and important field of black history."

Projects are already being proposed. Director of Africana Studies Sadhana Bery envisions the creation of a new Africana studies course, where students conduct research on the material in the collection. Another proposal she has is the creation of a yearly residency, where black studies scholars come in to conduct research and teach classes on Rhode Island black history.

Scholars will find many items of note in the collection, including a painting by the well-known African American artist Nancy Elizabeth Prophet, born in 1890, which is currently on loan at the Smithsonian, and an original musket, which is on loan at the Varnum Memorial Armory Museum in Rhode Island.

The keystone of the R.I. Black Heritage Society is: "Preserving our history, ensuring our future. “Our” history not only refers to the history of descendants of the African diaspora but Rhode Island's history.

"No doubt, there will be a lot of pain reflected in this collection because of Rhode Island's history of slavery,” says Dumpson. “Newport and Bristol were the hub of the transatlantic slave trade for a long time. At the same time, the collection holds examples of black excellence, of people achieving against all odds, people who built something better for themselves and their community."

"That's how we ensure our future," Stokes says, "when we pass on these stories of achievement to the next generation. One of the things that has been lacking in our education system is teaching students about the successes of people of color. It's hard to succeed yourself if you think that no one in your group has ever been able to. But when you’re taught that the first person to use the x-ray as a diagnostic tool was a black man, all of a sudden the idea of becoming a doctor is a lot easier. Our children will succeed if we show them that they can succeed and that people before them have succeeded."

Diversity and inclusion are at the mission of Rhode Island College.

“We at the college believe that as a community and individually we all benefit from diverse ideas and cultural representations,” says Anna Cano Morales, RIC associate vice president for the Office of Diversity, Equity and Inclusion. “At Rhode Island College, we have a Cape Verde collection in Special Collections – wonderful items that showcase the state's diversity. So, this partnership with the R.I. Black Heritage Society is really a continuation of our mission to foster diversity by helping to preserve the history of people of African heritage in Rhode Island."

It appears that the R.I. Black Heritage Society’s collection has finally come home to a place where it will be preserved, treasured and showcased.