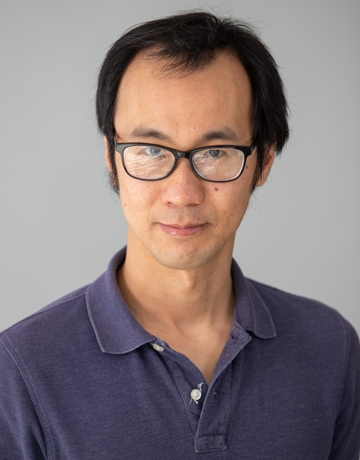 There are two major research areas in my laboratory—developing catalysts to better utilize renewable chemical feedstock, and developing novel DNA-binding metal complexes. The unifying theme of these two divergent projects is the versatility of transition-metals. Crucial key players in the molecular world, they possess a rich chemistry in their interactions with both petroleum-based as well as biogenic molecules.

Efficient ways to utilize alcohols are important to our future, as they expand the molecular toolbox, i.e. the ways in which we can manipulate and transform molecules, in a post-fossil fuel world. We are particularly interested in a class of reactions, called “borrowing hydrogen reactions”, where alcohols are activated by a transition metal catalyst and become substitutes to more traditional alkylating agents such as alkyl halides. While the alcohol reactants can be potentially sourced from biomass through fermentation processes, the reaction also reduces the amount of waste, giving water as the only byproduct.

DNA binding metal complexes such as cis-diamminedichloroplatinum(II) (cisplatin) play a key role in cancer therapy. To enhance the availability of DNA-binding metal compounds to cells, we are synthesizing a library of metal complexes with cationic ligands containing a phosphonium group (-PR3+). The phosphonium group is known to be lipophilic and selectively accumulates in cells. As a result, it has been widely utilized as a delivery vehicle for various functional molecules into the cell and the mitochondrial membranes. Furthermore, some simple phosphonium salts on their own have been shown to display toxicity towards cancer cell lines. By attaching this moiety to metal complexes, we hope to develop a new class of DNA-binding metal compounds that could address concerns of the current drugs such as general toxicity, resistance and cellular uptake. ​​​​​