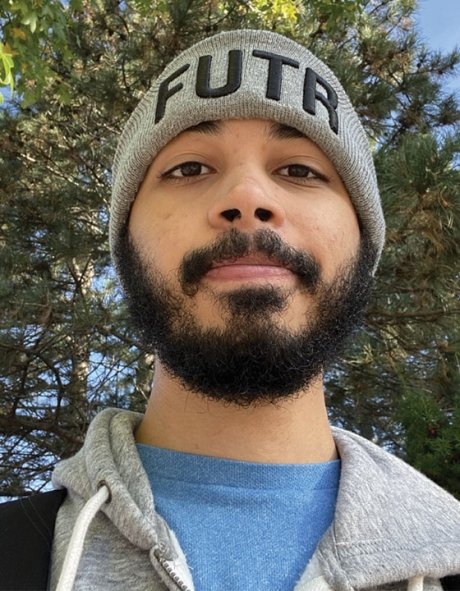 Students coming from abroad must navigate more than just transfer credits; the Office of Admissions is there to help.

Like many college students, Alan Martínez ’20 went through several majors – including civil engineering, philosophy and literature – while going to university back in the Dominican Republic, only to find out that those were not the areas of study that suited him. It was only after arriving in the United States in July 2017 that he found an unexpected path to his bachelor’s degree through studying history.

“By the time I moved here I had been out of school for three years. I wanted to go back, but I just didn’t know when or what to study,” recalls Martínez. He at least knew that he needed to work on his English. Three weeks after arriving in the fall of 2018, he enrolled in ESL classes at Rhode Island College, the first step on path forward towards graduation.

That path led to RIC’s Office of Admissions, where he found someone who could help him navigate the next steps. Lucy Rios Saunders MBA ’00, was the assistant director of Undergraduate Admissions when Martínez applied. (She has since left the college for other opportunities.) She had experience guiding students like Martínez, who are transferring from another country or perhaps returning to school after an extended absence.

“There is a conversation to acknowledge their background, educational stage, and even immigration status,” she explains. “There is the educational piece and also the permission to study in the United States, which affects things like tuition.”

In cases when a student comes with some years of education, Admissions will help them find something similar to what they were studying in their country of origin. “If it’s not a major that RIC has, Admissions can find courses that will support their general education program or that may apply to another major that they might want to pursue,” Rios continues.

Martínez found the whole process to be easier than he expected. “I had around 120 credits and got about 70 approved. I was pretty happy because I basically just had to take a few beginner classes,” he says. “I just gave them my transcripts and a few weeks later I was in school.”

At Admissions, staff members and volunteers will not only aid the students with guidance about the documents they need, but also find ways to help them understand the process better. “I speak Spanish; I will not say fluently, but enough to converse. So I was able to talk to Spanish speakers about the process,” says Rios. “At Admissions, there is a good number of student-employees that speak fluent Spanish and are able to help, too.”

Rios notes that working in Admissions for so many years made her familiar with the education systems in other countries, so she could easily evaluate a transfer candidate’s status. “If the country has a different educational system, admissions requires a credential evaluation from an independent agency that will take the official transcripts from that student’s school, translate them if necessary, evaluate them, and then give them to Admissions in grades and semesters that are recognized here in the United States,” she explains.

Although to get admitted into any program at RIC, students have to demonstrate English proficiency, the staff in Admissions is there to help students identify the English classes they need. “The ESL programs that are offered on campus are able to bridge them into bachelor’s degree programs,” notes Rios.

When Martínez decided to enroll at RIC, he was able to get the support he needed from Omar Reyes MA ’16, who was an admissions officer at the time and who was able to communicate with him in Spanish, as well. “Omar helped me a lot through the process of understanding what to do to get into school, completing my FAFSA and applying for grants,” Martínez says. “I got grants and loans, but I did not take loans because I don’t like debts. After my first year, I was working and paying tuition for myself. My grants covered mostly everything.”

After receiving his history degree in January, Martínez is taking a break before he decides to start his master’s program, but feels grateful for the opportunity to have completed his studies at RIC. “I didn’t expect to come back to school and do as well as I did,” he says. “Although it was tough, I am proud of myself for going to school and work at the same time. It has been a pretty good accomplishment.”