A Latina Strives to Change the Statistics in Her Community 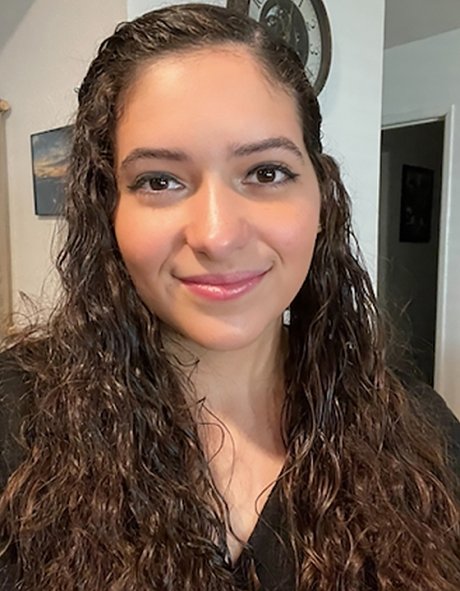 Hispanic Heritage Month celebrates the contributions that Hispanics have made to this nation in countless areas, including health care, the military, business, government leadership and civil and labor rights. Unfortunately, Hispanics are still underrepresented in the STEM (Science, Technology, Engineering and Mathematics) fields.

Angeliz Vargas ’17, M.A. ’19, who earned both her degrees in mathematics, is working to change those statistics.

Currently, she works as an Air Force cyber-worker operator in California, while completing her Ph.D. in applied math at the University of California, Riverside (UCR).

“At a mathematical event before I started my Ph.D. at UCR, I didn’t really see the minorities representation in there,” she says. Though she intends to teach mathematics when she graduates, Vargas says, “You don’t picture yourself being in front of a classroom when there’s nobody else like you out there.”

Vargas was in second grade when she first realized how much fun working with numbers could be. She was the cashier playing “the grocery store” with her teacher and classmates and later on, she went on to help her friends in high school with their math assignments.

“Having those good experiences with math is what helped me want to go into teaching,” she says.

Her high school guidance counselor advised her to go to Rhode Island College because of its great teacher education program and its affordability. She now praises her time at RIC.

During her graduate program at RIC, she says, she had the opportunity to become a teacher assistant in one of the math classes there, she also, worked and observed classes at the Norwich Free Academy and tutored students at the MET. It was then that her desire to teach math was reinforced.

“It’s so rewarding to see students manage real life math,” she says. “At Norwich Free Academy, students were at different levels of English, but the nice thing about math is that it looks the same no matter what your language is.”

Vargas is the first in her family to finish college. It was her mom telling her how smart she was that helped her stay strong and focused, she says.

Her advice for young people interested in a STEM career is, “Go for it. It’s super rewarding. I’m doing something that many people from my community, when growing up, were not doing. Even if you have to work a little harder, it’s okay, because eventually you’ll get there.”