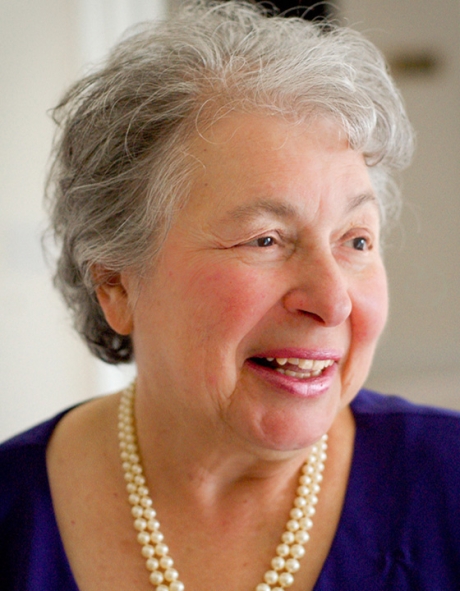 The renaming was prompted by a $3 million gift from philanthropist Edward Avedisian, the largest in the school’s history; the honorary degree was presented at the school’s nurses pinning virtual ceremony on Jan. 12

In recognition of his generosity, RIC’s School of Nursing has been renamed the Zvart Onanian School of Nursing after Avedisian’s sister, Zvart Avedisian Onanian, a former licensed practical nurse. To mark the occasion, Onanian will be presented with an honorary degree at the school’s nurses pinning ceremony, which will be conducted virtually on January 12.

The pinning ceremony marks nursing students’ completion of their program and serves as a way of welcoming them into the profession. The ceremony has been standard practice in the United States since 1916, but traces its roots back to Florence Nightingale, known as the founder of modern nursing, in the 1860s.

The Zvart Onanian Professorship in Simulation and Innovation will create a tenured faculty position focused on simulation education, teaching, research and evaluation. The school’s existing simulation program is one of only 100 in the country accredited by the Society for Simulation in Healthcare; the enhanced program will be known regionally for educational excellence.

“This transformational gift by Edward Avedisian will impact all levels of nursing education, from the baccalaureate programs to the Doctor of Nursing Practice,” says RIC President Frank D. Sánchez. “By supporting our simulation program and future nurses, this endowment ultimately benefits all Rhode Islanders.”

The Zvart Onanian School of Nursing will be the only nursing program in the area to develop and implement an Innovation Center for Creative Ideas. The center will enable faculty to link with experts from across the nation to promote collaborations and to learn the newest and most effective means of integrating simulation and innovation into the curricula.

“The Zvart Onanian School of Nursing will graduate nurse leaders who are critical thinkers and confident with technology,” says Dean of Nursing Carolynn Masters. “They will be able to seamlessly access the technology they need to provide effective care without losing sight of what is most important – the patient.”

A renowned philanthropist, Avedisian served as principal benefactor of the Khoren and Shooshanig Avedisian School, the Nork Marash Medical Center and the Zvart Avedisian Onanian Center for Health Research and Development. The gift to Rhode Island College honors the legacy of his sister, Zvart Onanian.

Born in 1935, Onanian grew up in an immigrant community in Pawtucket, Rhode Island. Her parents, Shooshanig and Khoren Avedisian, were survivors of the genocide in which 1,500,000 Armenians were killed by Ottoman Turks in 1914-15. Zvart’s name means “joy” in Armenian.

Though the family’s limited financial resources didn’t allow Onanian to fulfill her dream of becoming a registered nurse, she did attend the Rhode Island School of Practical Nursing and became an LPN, working out of Pawtucket Memorial Hospital.

Zvart married Edward Onanian in 1961. They relocated to Washington, DC, where they lived for more than 40 years, raising two daughters, and where she resumed her nursing career at Group Health Association in Silver Spring, Maryland.

“Nursing truly has been and continues to be her calling,” says Avedisian of his sister. “She has always been ‘on call’ as the family’s resident nurse, dispensing advice and cures at a moment’s notice. Her interest in nursing endures, and she still keeps up with the latest advances in the field.”

“Mrs. Onanian is like many of our students,” says Kimberly Dumpson, interim executive director of the RIC Foundation. “Many of our enrollees are first-generation college students who come to Rhode Island College fueled by a dream. That dream empowers them to do the impossible. Honoring Mrs. Onanian at the pinning ceremony is a meaningful way to welcome her into our college community.”

To learn more, visit About the Zvart Onanian School of Nursing Naming.