Sebastian Borgia Has Deep Roots in the Environment 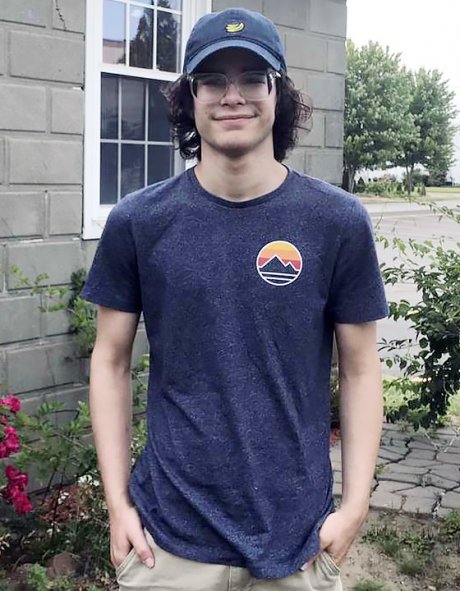 He intends to join the student-run Environmental Club and get involved with the Bee Education Center.

A new generation of leaders are coming up who are much more connected to what's happening on the ground. That includes freshman honors student Sebastian Borgia, who is majoring in environmental studies at Rhode Island College.

Borgia grew up a Boy Scout and is a lover of the great outdoors. While teaching a middle school afterschool program on the environment, Borgia became interested in environmental studies as a career. At the time, he was a sophomore at Cranston High School East.

"We did a lot of hands-on stuff like collecting water samples from a polluted pond," he says.

The pond he is referring to is Spectacle Pond in Cranston, noted for its murky green color caused by the blue-green algae/bacteria floating around in it.

"The water is completely opaque and filled with car parts and other trash," Borgia says. "We cleared the trash from the pond and sent water samples to a scientist for testing. We found out that there were three different types of parasites in the water."

With the increase in threats to the environment, leaders like Borgia are needed. He says he chose the more generalized environmental studies major rather than a science major because he wants to gain a broad knowledge of the field first before specializing in one area.

"I like science a lot; it's my favorite subject," he says, "but by having environmental studies as my major, I can find out which branch of the field I want to focus on and then go to grad school and hone in on a specific area."

At RIC, he intends to join the student-run Environmental Club and get involved with the Bee Education Center.

Though the 18-year-old considers himself an activist and has friends who attend rallies around climate change, Borgia says, "It's hard to focus on climate change right now with all that's going on with Black Lives Matter. I think climate change can take a backseat for now."

Yet he's hopeful that positive changes for our planet can happen. "I think COVID-19 gained us a little bit of time in terms of climate change," he says. "People were saying they were able to see the mountains again because the sky wasn't clouded with air pollution, and in Venice they could see through the water again and wildlife was returning."

Be it climate change or matters of social justice, youth like Borgia are less focused on financial success than they are on making a difference and connecting to something greater than themselves.

"Having financial security is nice," he admits. "But it would be swell if I could make a difference by the work that I do. Maybe we should all strive for something bigger and better that will affect future generations."